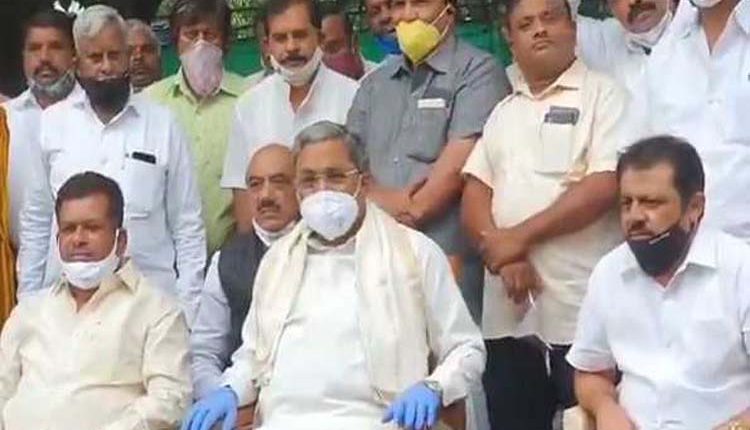 Bengaluru, Nov 25 (Agency) Leader of the Opposition Siddaramaiah on Wednesday expressed his shock when Chief Minister BS Yediyurappa’s government appointed over two dozen people to various statutory boards and corporations in the past few days. Maybe it’s guaranteed that he’s going,” Siddaramaiah said of Yediyurappa. “What, then, was the need to make these appointments hurriedly?” told newsmen here.

Siddaramaiah was critical of the appointments made by the government at a time when the state was reeling under financial stress, he questioned. The Yediyurappa administration has appointed over 30 people as chairpersons and directors at various boards and corporations. This includes MLAs, ex-MLAs, party workers and supporters. “The government hasn’t paid old-age pension, widow pension and pension for the physically handicapped. There’s no money. What was the need to appoint chairpersons? I don’t know,” Siddaramaiah said.

Financially, the government is broke. I’ve said this many times that unnecessary expenditure should be cut and more funds should be provided for development works,” he said, adding that the recent slew of political appointments would only increase unnecessary expenditure. “It amounts to cheating the state.” The appointments to boards and corporations came even as Yediyurappa was awaiting directions from the BJP central leadership on whether he should expand or reshuffle his Cabinet, he added.