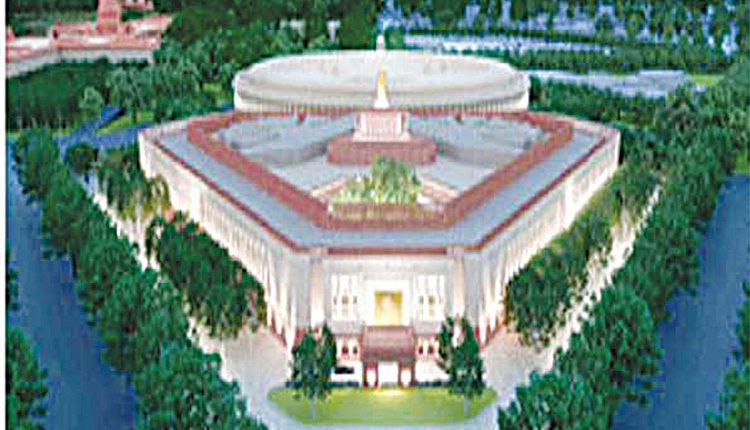 He further informed that the Prime Minister had kindly consented to lay the foundation stone. Mr Birla observed that the proposal for the New Parliament Building (NPB) has been long felt and that a number of Members had expressed the need for modern and well-equipped facilities. He added that the existing building has many limitations with regard to modern communication, security and earthquake safety requirements. The Lok Sabha Speaker also said that keeping future needs in mind, the proposed building will have a seating capacity for 888 Members in the Lok Sabha Chamber with an option to increase to 1224 Members during joint sessions. Similarly, the Rajya Sabha Chamber would have a seating capacity for 384 Members. Mr Birla also said that on a request by the two Houses last year, the Prime Minister had agreed to the proposal for the New Parliament Building. He observed that it is a matter of immense pride for 130 crore Indians that for the first time after independence, Indian artisans and sculptors from all over the country, would contribute and showcase India’s cultural diversity in the New Parliament Building, making it a symbol of Aatmanirbhar Bharat.

Mr Birla further observed that Indian democracy and the Parliament have stood the test of time and have grown and strengthened over the years. ‘The New Parliament Building would stand as a monument to Indian democracy and its people, showcasing not only our glorious history but also the strength, diversity and industriousness of our people,’ he said. Sharing details of the project, Mr Birla informed that the four-storied New Parliament Building would be built in an area of 64500 sq m at an estimated cost of Rs 971 crore. He also said that it is proposed to hold the Winter Session of Parliament in the New Parliament Building when the nation celebrates 75 years of Independence. Mr Birla added that in the coming years each Member of Parliament would be provided with a 40 sq m office space, construction for which is slated to be completed by 2024. The Lok Sabha Speaker also said that the New Parliament Building has been designed by M/s HCP Design and Management Pvt Limited Ahmedabad, keeping the needs and requirements for the next 100 years in mind. He added that adequate safeguards for earthquake safety is being followed keeping in mind zone V regulations, specific to New Delhi and surrounding areas. The New Building is to be equipped with all modern Audio Visual communication facilities and Data network systems. Special care is being taken to ensure all environmental safeguards are followed, including minimal disturbance to Parliament sessions during construction work.

Pfizer seeks DCGI approval for emergency use of Covid vaccine