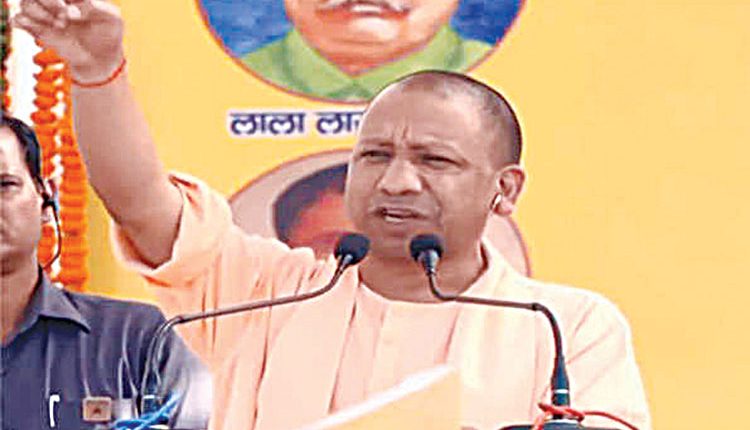 Moradabad (UP), Oct 15 (Bureau) Uttar Pradesh Chief Minister Yogi Adityanath on Saturday said the new era belongs to India and the country is set to become ‘Vishwa Guru’ under the leadership of Prime Minister Narendra Modi. Speaking at the Inter-State Aryaveer and Veerangana Conference at Moradabad, CM Yogi said the New National Education Policy which emphasises on adopting Indian languages for teaching all curriculum, including medical and engineering courses, will establish India as the ‘Vishwa Guru’.Yogi said in the last eight years PM Modi has succeeded in earning global respect for India’s cultural and spiritual heritage. “We are witnessing a new India emerging under PM Modi’s leadership, realising the dream of ‘Ek Bharat, Shrestha Bharat,” he said. He said, “Article 370 has been abrogated in Kashmir, Ayodhya temple is being built, Kashi Vishwanath and Kedarnath temple have been renovated and Ayush Ministry has been set up to promote traditional medicine systems. The world is celebrating Yoga Day. India’s traditional medicine systems such as Ayurveda and Unani are getting global recognition. Swami Ramdev’s Ayurveda products are giving tough competition to international products. “Lauding the Arya Samaj’s role in India’s independence from British rule, the CM said apart from Swadeshi, the ‘Shuddhi’ movement taken forward by Swami Shraddhanand led to the birth of many leaders, whose participation in the freedom struggle along with a large number of Aryaveers, forced Britishers to leave the country.

Yogi said Swami Shraddhanand was brutally killed by some heretics who were upset over the social reforms taking place in India, but the movement did not stop as Narayan Swami took it forward by forming the Aryaveer forum.Yogi said, “If today we have been able to get two lakh couples married under the Mukhyamantri Community Marriage Scheme it is because of the “Shuddhi” movement which led to a consistent fight against child marriages and called for widow remarriages. “Emphasising the need for people to stand against all social evils and bad practices, the CM also appealed to the Aryaveers to increase awareness of people about the welfare schemes of the government. “We must stand against people who try to prevent the remarriage of a widow. We must not let injustices of any kind happen. Any such incident happening in any part of the state must be brought to our notice,” he said.Yogi said India is the youngest country in the world and UP is the youngest state in the country. He said as PM Modi is encouraging natural farming across the country, UP has already started organic farming on 1.10 lakh hectares and will start it on another 1 lakh hectares within a year.He said the country can achieve self-reliance if the people are cultured, emotionally attached to it and have respect for India’s rich heritage.