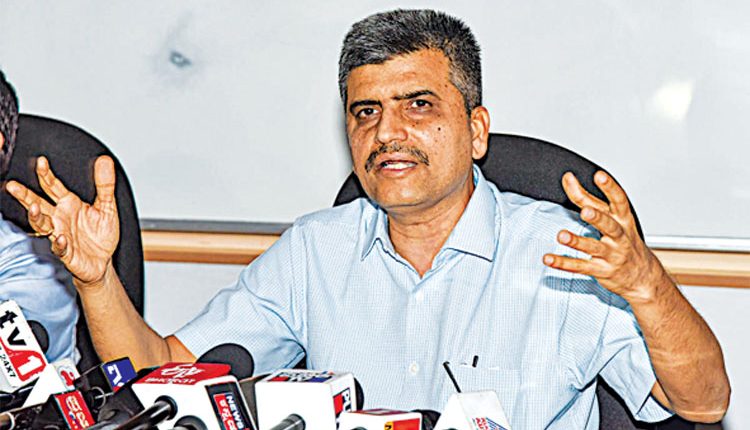 New Delhi, May 13 (FN Agency) India’s public expenditure on health is the lowest among the BRICS nations, Department of Economic Affairs (DEA) Secretary Ajay Seth said stressing that technology can play a great role in improving access to healthcare. BRICS is the grouping of five major emerging countries — Brazil, Russia, India, China and South Africa — which together represent about 42 per cent of the population, 23 per cent of GDP, 30 per cent of the territory, and 18 per cent of the global trade.

While making an opening remark at a virtual seminar jointly organised by the finance ministry and the New Development Bank (NDB) on the topic ‘Social Infrastructure Financing and use of Digital Technologies’, Seth on Thursday noted that this pandemic has caused a setback in the journey of sustainable development goals. Observing that resources are always limited, he said, ‘Question then arises is whether the focus is on access or focus is on quality… there is a wide variation in life expectancy and the public expenditure that happens on health as well as on education.’ With regard to education, he said, three BRICS countries spend 4-4.5 per cent of GDP, while two countries — Brazil and South Africa — spend about 6 per cent of their GDP.

‘Health again, India’s public expenditure is the least among the BRICS countries. Here again a more nuanced approach to financing as well as the best way of delivery will have to be adopted,’ he said adding that technology can help in easing the delivery. Telemedicine, diagnostic interpretation are a big area where access problems can be mitigated to a large extent by using technology, he said. Technology should be such that it does not lead to further digital divide but where the poor should have access first, he said. Seth added that ‘we have to build technology that helps at the bottom of the pyramid first before the people at the top of the pyramid.’

Speaking at the seminar, eminent economist Jeffrey D Sachs, who is also director (Center for Sustainable Development) at Columbia University, said this is time for major investment scale-up and this is the way China achieved the most remarkable sustained growth over four decades through upfront large-scale investments. ‘I think this is what development finance is all about in the coming years,’ Sachs said. He suggested that NDB can help to bring about universal access to healthcare services through digital access.