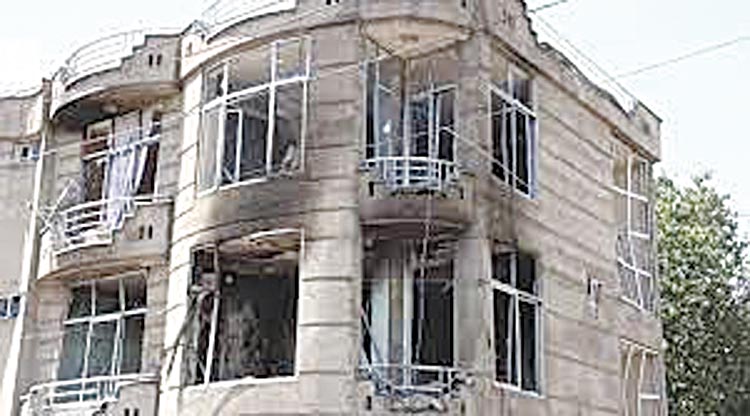 United Nations/New Delhi, June 21 (FN Agency) India at the UN General Assembly on Monday condemned in the strongest terms the “cowardly dastardly” terror attack on the Karte Parwan Gurdwara in Kabul and stressed that it is time the UN member states condemned hatred against non-Abrahamic religions like Buddhism, Sikhism and Hinduism as well and stopped “being selective in combating religio phobia”. India’s Permanent Representative in the UN, TS Tirumurti, speaking at the High level Meeting to mark the commemoration of the first International Day for Countering Hate Speech, also rejected the “selective and motivated outrage” by the OIC against India, Commending Morocco for piloting the resolution, Tirumurti said the world has been witnessing a rising trend in hate speech. “This was particularly evident during the COVID 19 pandemic. India joined 12 other countries to issue a cross regional statement on info demic in June 2020. “ “India has time and again emphasized that combating religio phobia can never succeed if it continues to be exclusionary and remains restricted to one or two religions only while completely ignoring the rise in hatred and discrimination against non-Abrahamic religions, including Buddhism, Hinduism and Sikhism.

“And on 18th June, a couple of days ago, on the very day we commemorated the International Day for countering hate speech, we saw yet another tragic example of this against the Sikh religion, this time in Kabul, Afghanistan. “The Gurudwara Karte Parwan was attacked, desecrated and damaged. We condemn in the strongest terms this cowardly dastardly attack, where lives were tragically lost,” referring to the killing of two persons, including an Afghan Sikh devotee and an Afghan guard. “It’s time the UN member states condemned hatred against non-Abrahamic religions as well and stop from being selective in combating religio phobia. “There cannot be double standards on religio phobias if you truly want to combat hate. “We firmly believe that a society based on the principles of democracy and pluralism provides an enabling environment for diverse religions and communities to live together.” He said that every one of the world’s major religions have a home in India, making it a nation of unparalleled diversity. “India has over centuries, provided refuge to all whether Zoroastrians or the Jewish community, or the Tibetan Buddhists or many from our own neighborhood.

“Through embracing both democracy and pluralism, India has promoted a culture of tolerance and respect for all religions and cultures under our overarching constitutional framework. “Aberrations are dealt with within our legal framework and we reject selective outrage from outside, especially when they are motivated and pursue a divisive agenda as we just heard today references against India by the OIC. “Mr. President, there can be no doubt that terrorism is the anti thesis of all religions and cultures. “India has continued to play a leading role to combat both radicalization and terrorism. The United Nations has the responsibility to ensure that countering hate speech and discrimination should not be limited to a select few, but should encompass all those affected.” He concluded by quoting Mahatma Gandhi ”I want cultures of all lands to be blown about my house as freely as possible, but I refuse to be blown off my feet by any”.

SonyLIV, Hansal Mehta come together for untold story of ‘R&AW’