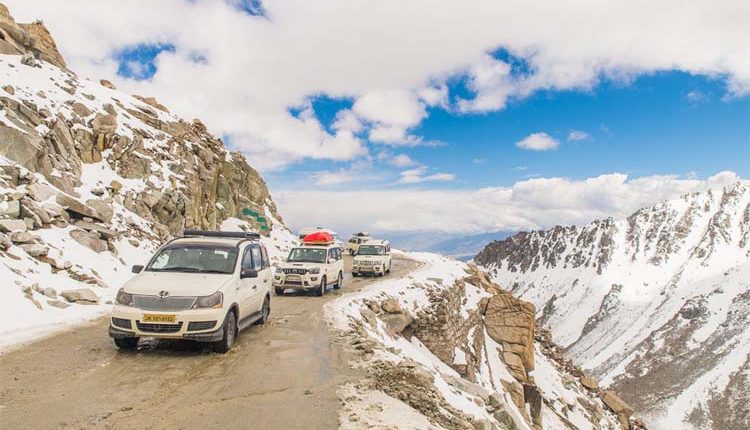 Srinagar, Nov 27 (Agency) The 434-km-long national highway, the only road connecting Union Territory (UT) of Ladakh with Kashmir valley, remained closed for the fifth successive day on Friday due to accumulation of snow and slippery road conditions, a traffic police official said here. Meanwhile, a report received from Drass, the second coldest place in the world after Siberia on the Srinagar-Leh highway, said snow clearance has been completed from Kargil to Zero point.
Traffic official said that the Srinagar-Leh highway remained closed since Monday morning after heavy snowfall at Zojila pass, Sonamarg, Zero point, Meenmarg and Drass. The Border Roads Organisation (BRO), responsible for the maintenance of the highway put into service sophisticated machines and men to clear the snow. However, continued snowfall on Monday, Tuesday and Wednesday coupled with threat of avalanche and slippery road conditions hampered the snow clearance operation.

Reports received from Kargil said the snow clearance operation from Kargil to Zero point on this side of the Zojila pass has been completed. We are waiting for a report from Sonamarg about the snow clearance operation on Srinagar side of the Zojila pass, official sources told UNI from Drass. They said once the snow is cleared from Sonamarg to Zojila pass, traffic will be resumed. The road remained closed during winter due to ten to 15 feet snow and avalanche at several places every year. However, this year the authorities have decided to keep the highway open till December end provided there is no heavy snowfall.