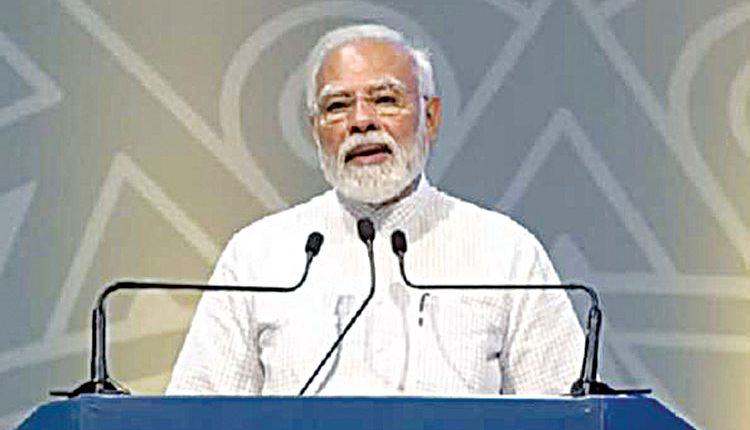 New Delhi, May 27 (FN Agency) Drone technology is being used by the government for surprise inspection of projects among many other things, Prime Minister Narendra Modi said on Friday as he inaugurated India’s biggest drone festival ‘Bharat Drone Mahotsava’ in the capital. The Prime Minister said the utility of drones will only increase in the coming times, and gave an example on how drones are being used by him to monitor ongoing government projects. PM Modi said he interacts with Chief Secretaries of every state, every month for Pragati meeting. “I urge them (Chief Secretaries) to give me a live demonstration of ongoing projects,” Modi said. “To monitor the quality of government work, I do not need to tell in advance I am coming for inspection.. I can send a drone, it brings all information and they do not even know I have gathered the information,” the Prime Minister said. The Prime Minister also said that he monitored the development work in Kedarnath using drones as it was not possible for him to physically visit the region.

“We are going to witness more use of drones in future. I used to regularly monitor Kedarnath development work during review meetings. Today I can see the quality of government work with the help of drones. It’s not essential that I go there physically, else everything will be made alright there. I send drones and get details without anyone coming to know about it,” he said. Modi also invited investors and experts from across the globe to come to India and invest in drone technology while saying “India has the potential of becoming a global drone hub.” The Prime Minister also said technology was considered to be problematic in times of earlier governments and there were attempts to prove it anti-poor, causing lack of interest for its use in governance prior to 2014. “This harmed our poor and the deprived. We ensured that technology is part of a positive disruption that can help the government reach the remotest corners of the country,” he said.