‘Don’t be selective. Speak for all, not just select few’ : India tells UN 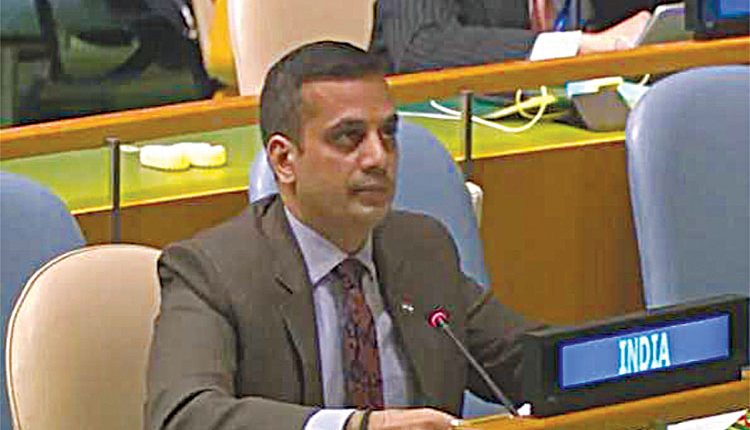 New Delhi, Dec 6 (FN Bureau) India has slammed the United Nations for its ‘’selective approach’’ in failing to acknowledge rise of hatred and violence against Hinduism, Buddhism and Sikhism while condemning anti-semitism, Islamophobia and anti-Christian acts, and has called upon the world body to ‘’speak for all, not just a select few.’’ It also lashed out at Pakistan for driving away minorities by threat, coercion, conversion and killing and reaffirmed that If Islamabad changes its current culture of hatred against religions in India and stops supporting cross-border terrorism, New Delhi could attempt a genuine culture of peace in South Asia and beyond.

Speaking at a conference on ‘Culture of Peace’ at the UN General Assembly (UNGA) in New York, the Indian representative said India firmly condemned anti-Semitism, Islamophobia and anti-Christian acts but the UN failed to acknowledge the rise of hatred and violence against Buddhism, Hinduism and Sikhism. ‘’UN resolutions on such important issues speak only of these three Abrahamic religions together. But the current Member States refuse to speak of these (other three) religions in the same breath as the first three “Abrahamic” religions…Why is this selectivity?’’ Indian delegate Ashish Sharma said on December 3. He said the shattering of the iconic Bamyan Buddha by fundamentalists, terrorist bombing of Sikh Gurudwara in Afghanistan where 25 Sikh worshipers were killed and the destruction of Hindu and Buddhist temples and minority cleansing of these religions by countries, called for condemning such acts against these religions also.