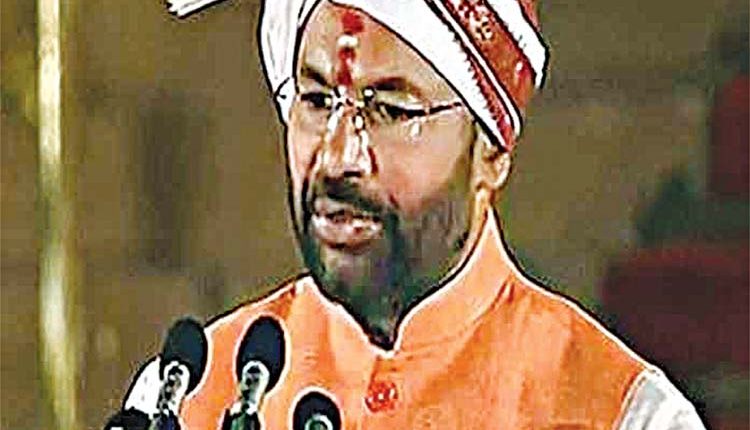 Hyderabad, May 10 (FN Agency) Union Minister of State for Home Affairs G Kishan Reddy on Monday said that the Centre is taking all steps to contain the Covid-19 in the country. Mr Reddy, who visited All India Institute of Medical Sciences (AIIMS) in Bibinagar here, conducted a review meeting with the Director Vikas Bhatia and other officials on medical services available in the hospital. Later talking to media, he asked Telangana Medical Education Director Ramesh Reddy to resolve the oxygen problem in the hospital.

The Union Minister also telephoned to Union Health Secretary Rajesh Bhushan and directed him to provide ventilators and other facilities on a war footing to the hospital. Stating that the first wave of Covid-19 was effectively tackled by the Central government but the positive cases are on the steep rise in the second wave, Mr Reddy said and hoped that the Novel Coronavirus can be tackled with the cooperation of the people. Stating that the Defence Research and Development Organisation (DRDO) has developed anti-Covid-19 therapeutic oral drug 2-DG, the Minister said instead of importing Covid 19 vaccines, medicines and oxygen, the Centre was making all efforts to manufacture them in India itself 24X7.

He stated that the Centre was giving freedom to the states to contain Covid-19 and claimed that no case was reported in 180 districts across the country during the last seven days. Mr Reddy said that 1100 PSA plants which are producing oxygen was being sent to Telangana by Air. Even though the state government has not officially handed over the buildings to AIIMs, the Centre has taken up some constructions on a war footing. Stating that 50 to 200 beds will be available in the AIIMs within a week, he said ventilators and oxygen also would be available very soon. The Minister said the Andhra Pradesh government had included Covid-19 treatment in Aarogyasri scheme. He asked the Telangana government to take necessary steps to include Coronavirus treatment in the Aarogyasri scheme.