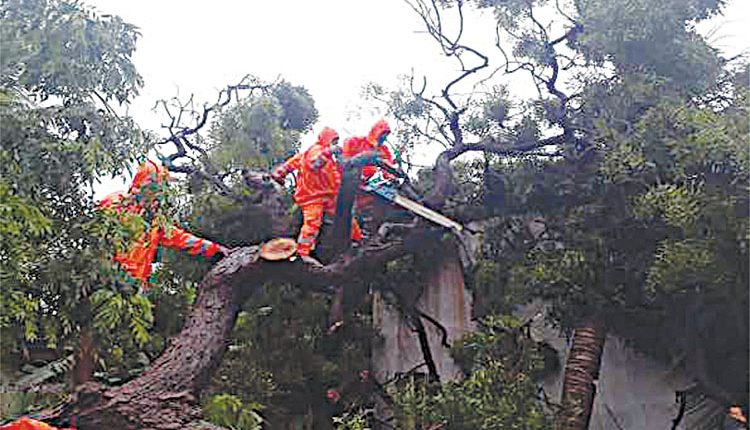 Chennai, Dec 4 (Agency) Two Central teams would arrive here tomorrow to visit the Cyclone Burevi affected areas of Tamil Nadu and make an on-the-spot assessment of the damages caused by the calamity and submit a report to the Centre. The teams will arrive at the Chennai airport tomorrow at 1300 hrs and would have a meeting with Chief Minister Edappadi K Palaniswami and Chief Secretary K Shanmugam. After a power-point presentation and discussions with the officials, the would split into two groups.

While one team would visit the affected areas of South Chennai and Chengalpet district on the forenoon of Sunday and leave for Puducherry. On Monday, the team would assess the damages in Puducherry and also visit Villuppuram district. The second team would visit affected areas in North Chennai, Tiruvallur and Kancheepuram on Sunday and tour Vellore and Tirupattur districts on Monday. Both the teams would return to Chennai on Monday night and after another round of discussions with the officials and a debriefing session at the State Secretariat on Tuesday, would leave for New Delhi in the evening.

UK pledges to cut greenhouse emissions by 68 percent by 2030