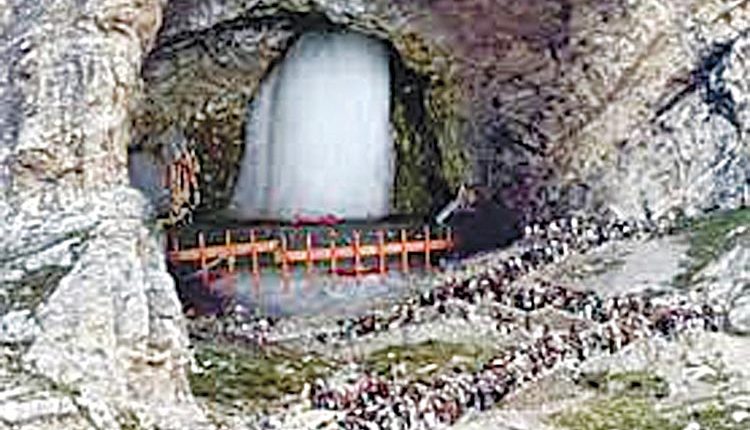 Srinagar, July 6 (Representative) The Amarnath Yatra resumed on Wednesday after remaining temporarily suspended from the Baltal and Nunawan routes due to inclement weather, officials said. The 43-day pilgrimage began on June 30 and more than 75000 pilgrims paid obeisance at the holy Cave shrine of Amarnath in Kashmir valley till Wednesday morning.Officials said, 10, 081 pilgrims including 2,502 female, 181 children and 75 Sadhus left for the cave through the shortest Baltal route in Ganderbal district on foot Wednesday morning.

They said 249 pilgrims were also airlifted to the cave shrine till 11 am.The yatra also resumed from the traditional route Nunwan camp in Pahalgam Wednesday morning.No pilgrim was allowed to move towards the holy cave from the base camp of Nunwan in Pahalgam and Baltal in Ganderbal Tuesday due to inclement weather.Kashmir weather, an independent weather forecaster, said there are chances of intermittent rainfall throughout the day at Baltal, Dumail, Brarimarg, Sangam and Holy Cave.Cloudy weather with chances of intermittent rainfall throughout the day at Pahalgam, Chandanwari, Zojibal, M G Top, Sheshnag, Poshpatri, Panchtarni, Sangam and Holy Cave has also been predicted.