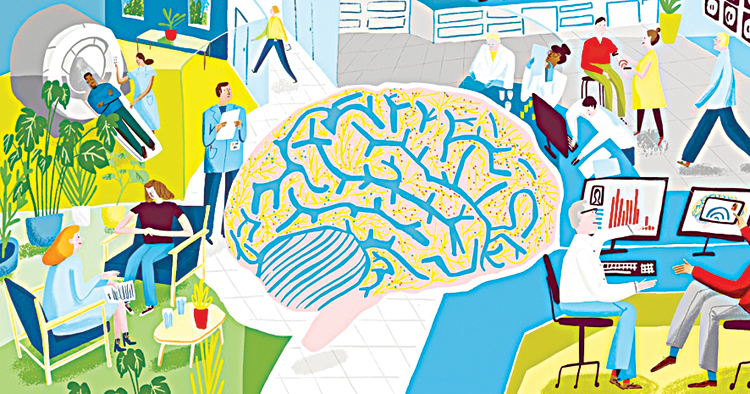 Hyderabad, May 24 (Representative) National Mental Health Programme Advisor Dr Naresh Purohit said nearly 90 percent of people with untreated schizophrenia live in developing countries, including India. Schizophrenia is a chronic, relapsing and remitting illness. Voicing his concern on the occasion of World Schizophrenia Day, the renowned Epidemiologist Dr Purohit told UNI here on Tuesday that according to WHO, Schizophrenia affects approximately 24 million people or 1 in 300 people (0.32%) worldwide. In India, where about 1.1 billion people reside, the prevalence of schizophrenia is about 3/1000 individuals. It is more common in men, and in terms of age of onset, men tend to be younger by an average of about five years than women when they develop schizophrenia. He said that if left untreated, one in four people suffering from schizophrenia may end up committing suicide.

Dr Purohit pointed that hopelessness, social isolation, deteriorating health, limited external support, and family stress or instability are risk factors for suicide in patients with schizophrenia. “Suicide is a major cause of death among patients with schizophrenia and about 25 percent of untreated patients can die by suicide,” the expert said. Principal Investigator for the Association of Studies for Mental Care, Dr Purohit stated that schizophrenia is a serious mental health condition that affects how a person thinks and perceives his/her environment. It’s a condition where the individual is not fully in touch with reality. They may have disorganised thinking that manifests in the form of irrelevant speech and behaviour. They may hold beliefs that are not real and are unshakable despite evidence to the contrary. They may have hallucinations in the form of hearing voices which are often threatening in nature, seeing, smelling or feeling things that aren’t there. Some also develop paranoia and believe that someone will cause harm to them or their family, he said.