WhatsApp users had an amazing year with Cool New Features 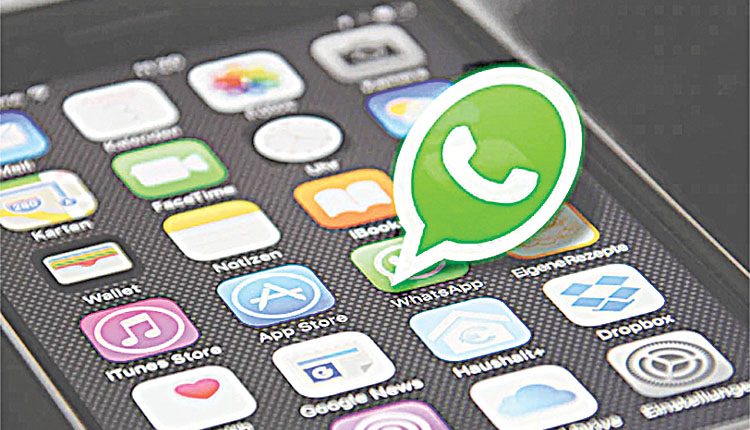 According to research firm Statista, as of October 2020, WhatsApp has 2 billion active global users, with Facebook Messenger in second place with 1.3 billion active users and WeChat following in third with 1.2 billion. India is WhatsApp’s biggest market.

The year 2020 has been great for WhatsApp users. The Facebook-owned WhatsApp is by far the most popular instant messaging app in the world. And it gained even greater importance through the course of the year 2020 as it became the default communications platform for work, for catching up with friends and for families to stay in touch. No wonder then that the WhatsApp data suggested a significant spike in usage too. In March when the Coronavirus pandemic really took its effect with lockdowns and work from home routines, users on average were spending over 15 billion minutes talking each day on WhatsApp calls, well above the pre-pandemic usage trends. According to research firm Statista, as of October 2020, WhatsApp has 2 billion active global users, with Facebook Messenger in second place with 1.3 billion active users and WeChat following in third with 1.2 billion. India is WhatsApp’s biggest market.

Let’s just say that the good folks in the WhatsApp development teams have been super active this year in terms of rolling out new features, functionality and updates for WhatsApp for Android, WhatsApp for iPhone and WhatsApp Web. From all the new features that arrived on the most popular instant messaging app this year, we pick the five most useful features that stood out for a variety of reasons—utility, appeal and uniqueness. This is, WhatsApp in a nutshell, through the year 2020.

■ Dark Mode: After months and months of speculation and an impatient wait, WhatsApp users finally got access to the Dark Mode in the app. The WhatsApp Dark Mode rollout happened earlier this year, for Android as well as the iPhone. A recent WhatsApp update also added new chat wallpapers for the WhatsApp Dark Mode. Eventually Dark Mode was also rolled out for WhatsApp on the desktop, to make it a level playing field for all users. Everything just looks better in the dark mode, doesn’t it?

■ Disappearing Messages: WhatsApp’s new Disappearing Messages feature is now available for all users and you will be able to send messages to friends and family, which will automatically disappear after a period of 7 days. But why 7 days? “We’re starting with 7 days because we think it offers peace of mind that conversations aren’t permanent, while remaining practical so you don’t forget what you were chatting about. The shopping list or store address you received a few days ago will be there while you need it, and then disappear after you don’t,” is how WhatsApp describes it.

■ WhatsApp Group Video And Voice Calls: At a time when millions around the world were working from home and relying heavily on instant messengers and video calling apps to get work done and stay in touch with friends and family, WhatsApp updated the group calling feature to include 8 participants, instead of 4 that was the limit earlier. WhatsApp said that in March, when the Coronavirus Pandemic really kicked in, users on average were spending over 15 billion minutes talking each day on WhatsApp calls, well above the pre-pandemic usage trends.

Mute Groups Forever: WhatsApp now allows you to mute annoying, irritating and hyperactive WhatsApp Groups forever now. The “Always” option in the Mute settings for each group now replaces the 1-year option, with the other options being 8 hours and 1 week. The option is available on WhatsApp for Android and WhatsApp for iPhone, and is priceless.

Touch a Life, Driving Change for Every Child

Innovative AI software for the detection of pancreatic diseases: first-in-human…