WHAT IS MEANT BY MINING POOL? 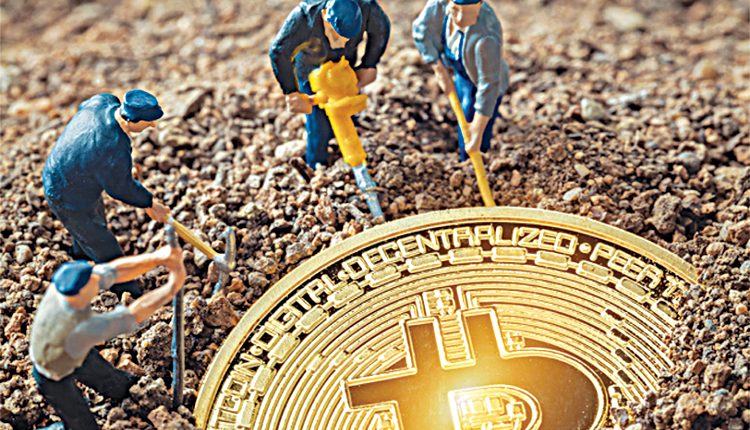 The mining pool is a great way to find the blocks with shared processing powers and resources, it eases the working of cryptocurrencies miners and streamlines the process of intricated block mining, Mining pools has facilitated a faster means of mining for the miners who always struggled with the problem of slow mining and lack of adequate processing powers. Also, it would cost someone their lives to fulfil the electricity requirement for mining a block.

A mining pool simply means the emergence of various crypto miners who integrate their mathematical computing abilities and resources over a network to solidify their search for mining a new block. This mining pool then helps them to retrieve a database about the blockchain network and details about the new and old blocks which are yet to be mined. It also publishes the success probability and ratio of successful block mined.
It can be best understood in terms of a general election, where some members together form a political party to conduct an election and put up their all resources which the citizens must find worth to drop a vote, the more possibilities they would generate to turn the number of favours for them, the more chances of their winning are determined, which if they achieved gets an opportunity to form a government of their choice. If you are interested in bitcoin trading check the reasons that clearly tell you why you should invest in bitcoin. In the same manner, the crypto miners do, by making a mining pool from the collaboration of some miners while integrating their computational strategies for the different blockchain networks, where these strategies target those blocks which are still left to be mined.

Reward after the successful mining: They provide the details about the mined data to the crypto network, where those mining pools which have a greater number of mining percentages get the reward in terms of cryptocurrencies, these crypto coins are paid equal to the blocks they mined, more mining means more profit.
The working mechanism of a mining pool

Again, we will be understanding its mechanism with the example of the election campaign, now as we have seen that the miners get a reward based on the percentage of mining they have done. Now, what about the process which initializes a mining pool and completes a mining pool? Let’s get it in simple terms, for example, a political party A wins the election, now it’s the time to allow ministries to them, this begins with the people who are the main leaders and were the poster face for their party, will be the mayor or president, while the other people will be given the post according to their decreasing contribution.

However, a single person can also conduct a solo election campaign to avoid the power distribution, but as compared to those who are members of a certain party, He will have to put more effort and the expenditure of its election campaign will be also higher than those who are working group, the cost will be distributed and promotion will be done at higher speed with more coverage.

A single mining pool or group of mining pools:
Similarly, as compared to the election campaign the mining pool can also be formed by a single miner or the group of miners who have their advantages, in the group there will be the reward distribution, according to the proportion of processing resources spent by the miners along with a consensus mechanism called proof of work which can certify their work. Whereas in terms of the single miner, the processing power required will be multiple times greater than those fed by the groups of miners, also the electrical power required for the mining will be larger.

Everything You Do Makes a Point with ALL – Accor Live Limitless