Sports in India that are Growing in Popularity 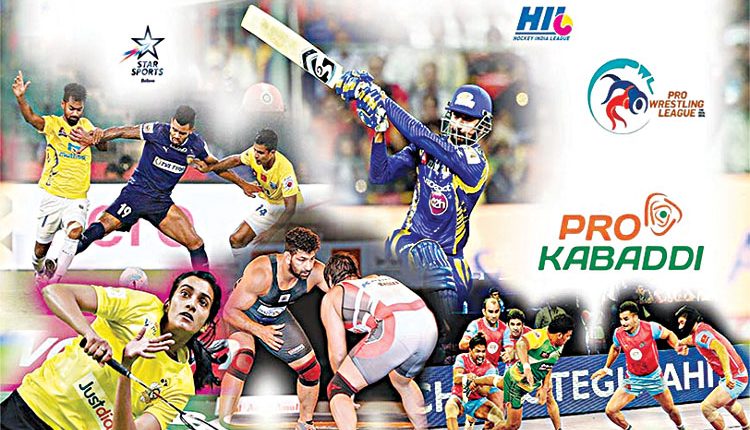 When it comes to the most popular sports, every country is different. In the United States, American football is the favorite game while in Japan, people love to watch baseball. Indeed, India is different as a nation and there are several sports that are in the limelight. Let’s take a look at the sports that are growing in popularity here.

Cricket
If there is one sport you think about when you imagine India, it is cricket. This is the most popular sport you will find in the nation and it is played in every area of India. Indeed, it is considered part of the culture here. Young children will play this sport at school, as well as international test games with the professional team being aired across the world. There are many major cricket competitions that are held in the country too. Cricket has been around in India since 1792 when the first cricket club was formed. There are now around three million registered cricketers in the country, as well as 19,000 tournaments.

Football
The most popular sport in the world is football. This is a game that has been around since 1863 and the sport we enjoy today was created in England. While it is not the favorite sport in India, it has definitely grown in popularity over the years. On the television, you will find matches shown from around the world. In particular, this includes the Spanish La Liga and English Premier League. People also like sports betting since there are many competitive matches to choose from. In addition, you are able to watch games from the Indian Super League. With eight teams competing against each other, it was formed in 2014. This is in addition to the I-League, which is another national football league in the country that was created in 2007.

Badminton
So, we know that cricket is a huge part of Indian culture and a lot of people in the country play it. But can you name the second most popular sport to play? Indeed, it is badminton. There have been many stars emerging that has made people interested in the sport, including Saina Nehwal and Kidambi Srikanth. In 1899, the Badminton Association of India was formed and this means that it is actually one of the oldest governing bodies in the world for badminton.

Field Hockey
Have you ever played field hockey? This is another popular sport in India that is showing no signs of slowing down. This is referred to as a national sport in the country and it is something that India has excelled at over the years. For instance, India has won eight gold medals for field hockey at the Olympics. Both the men and women’s teams are very successful and a lot of people like to watch them when they are playing. While there are domestic field hockey competitions and a Hockey India League, there are also international events that are popular to watch. Since 1928, when India played hockey in Olympics in Amsterdam under the Union Jack, it has been the country’s national game.

Kabaddi
Kabaddi, is a contact sport, native to the Indian subcontinent. It is one of the most popular sports in India, played mainly among people in villages. India has taken part in four Asian Games in kabaddi, and won gold in all of them. Harjeet Brar Bajakhana (5 September 1971 – 16 April 1998) was a professional kabaddi player. He was a Raider in circle style kabaddi. Harjeet Brar was born in Bajakhana village in Faridkot, Punjab. Kabaddi is a team sport from South Asia. Two teams are on opposite halves of a small field. They take turns sending a “raider” into the other half. This is to win points by tackling members of the opposing team. … He holds his breath and chants the word “Kabaddi” during the whole raid.

Transforming into a Paperless Office