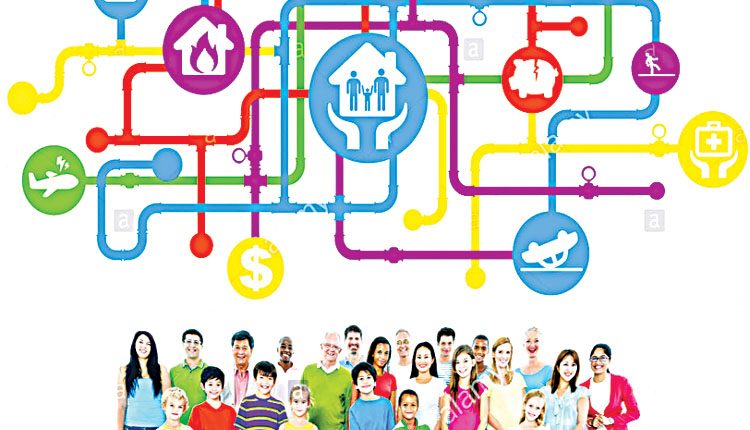 The social security system in India includes not just an insurance payment of premiums into government funds but also lump sum employer obligations.

While a great deal of the Indian population is in the unorganized sector and may not have an opportunity to participate in each of these schemes, Indian citizens in the organized sector (which include those employed by foreign investors) and their employers are entitled to coverage under the above schemes. The applicability of mandatory contributions to social insurances is varied. Some of the social insurances require employer contributions from all companies, some from companies with a minimum of ten or more employees, and some from companies with twenty or more employees.
In this article, we’ll discuss each of these social insurances, along with their coverage, contribution rates, and the laws and regulations behind them.

Health Insurance and Medical Benefit
India has a national health service, but this does not include free medical care for the whole population. The Employees’ State Insurance (ESI) Act creates a fund to provide medical care to employees and their families, as well as cash benefits during sickness and maternity, and monthly payments in case of death or disablement for those working in factories and establishments with 10 or more employees. The ESI (Central) Amendment Rules, 2016 – notified on December 22, 2016 – expanded coverage to include employees earning Rs 21,000 (US$313.53) or less in a month from January 1, 2017; previously, the wage limit for ESI subscribers was Rs 15,000 (US$223.95) per month. Subsequently, the Employees’ State Insurance (Central) Amendment Rules, 2017 was notified on January 20, detailing new maternity benefits for women who have insurance.

Maternity Benefit
The Maternity Benefit (Amendment) Act, 2017 came into force on April 1, 2017, and increases some of the key benefits mandated under the previous Maternity Benefit Act of 1961. The amended law provides women in the organized sector with paid maternity leave of 26 weeks, up from 12 weeks, for the first two children. For the third child, the maternity leave entitled will be 12 weeks. India now has the third most maternity leave in the world, following Canada (50 weeks) and Norway (44 weeks). The Act also secures 12 weeks of maternity leave for mothers adopting a child below the age of three months as well as to commissioning mothers (biological mothers) who opt for surrogacy. The 12-week period in these cases will be calculated from the date the child is handed over to the adoptive or commissioning mother.

The Payment of Gratuity Act, 1972 directs establishments with ten or more employees to provide the payment of 15 days of additional wages for each year of service to employees who have worked at a company for five years or more. Gratuity is provided as a lump sum payout by a company. In the event of the death or disablement of the employee, the gratuity must still be paid to the nominee or the heir of the employee.

The employer can, however, reject the payment of gratuity to an employee if the individual has been terminated from the job due to any misconduct. In such a case of forfeiture, there must be a termination order containing the charges and the misconduct of the employee.

My aim is to create stable policy for business: J&K LG

Top 5 Promising Cryptocurrencies That You Can Buy