‘Quality of the films screened at KIFF are really impressive’ 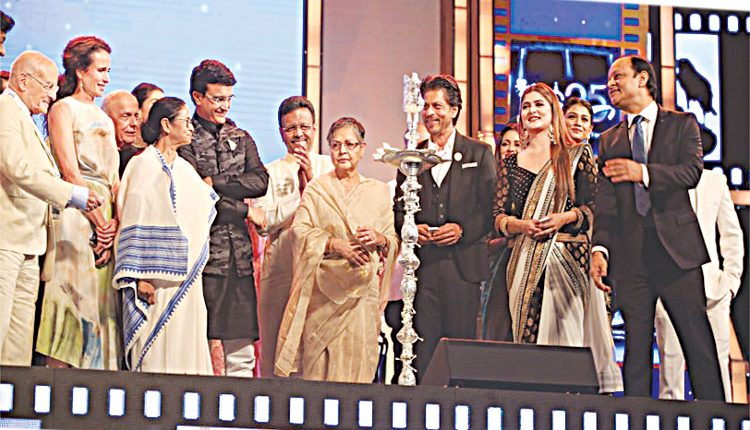 I have visited Kolkata twice before in the past six years. During the very first time, I was impressed not just by its cultural fervour that you can breathe everywhere — the museums, cultural institutions, architectural heritage — but also the people on the streets, the youth, so brilliant and full of ideas. Given the importance of art and culture in Italy, I am sure there will be plentiful occasions to collaborate. I am looking forward to immersing myself in particular in the discovery of the local craftsmanship, which I know is of the finest quality.

Consul General Gianluca Rubagotti had done so much and helped team Kolkata International Film Festival to organize a beautiful exhibition on legendary filmmaker Federico Fellini. In an exclusive interview, Mr Rubagotti shares his view on cultural exchange and India. Here is the excerpt.
Q. As a nation, Italy always remained a friend to India. What do you think are those decisive factors that helped this camaraderie healthy?
CG: Last November 6, a virtual meeting between our two Prime Ministers has taken place, and an action plan has been adopted. It contains a roadmap for the development of our bilateral relations and a joint declaration with a series of objectives, including of course the cultural sector, on which we can elaborate further.

Q. How much do you got involved with Kolkata International Film Festival (KIFF) for organizing the ‘Federico Fellini Tribute’?
CG: We have been working hard in the past 5 months, with all the COVID19-related difficulties, to present Kolkatans with a meaningful celebration of Federico Fellini’s genius. We are happy that in the end, the KIFF has included in its programme 5 films (La Dolce Vita, 8 e ½, Giulietta degli Spiriti, I Vitelloni, La Voce della Luna), plus a documentary on the making of la Dolce Vita (La verita’ sulla dolce vita) which was recently screened in Venezia. Furthermore, a special exhibition has been organised, with posters and photographs of the Maestro courtesy of the Fellini Foundation for Cinema, Sion. Also, a catalogue has been printed, to remember this event.

Q. Do you have any plans to organize any special shows of Italian Films in Consulate? What are your plans to strengthen the bilateral relationship between India and Italy? Do you have any plans for exploring possibilities of Indo-Italian projects?
CG: 2021 will be a crucial year for the promotion of Italian culture in India as it will be the “Italy in India Culture Festival Year”. We have a very rich agenda that H.E. Ambassador de Luca will present this month that covers music, performances, arts, literature, etc. Among the various initiatives, we have planned several movie screenings, from the Italian films presented at the last Venice Film Festival to the documentaries on India by Rossellini and by Pasolini to Italian emerging artists productions. We will also participate in many Film Festivals. The Embassy of Italy in Delhi and the Consulate in Kolkata are exploring various joint projects in different fields, including cinema, cultural heritage, and much more.

Q. Italy hosts one of the Venice Film Festival. What do you feel about the Kolkata International Film Festival (KIFF)?
CG: This is the first time I have had the opportunity to attend the KIFF. I am fully aware of the challenges of organising such a complex event in the present situation. I have to admit that the quantity and quality of the films screened are really impressive. In Kolkata, there is an audience of film lovers and experts. More than 300 people, I have been told, have attended the screening of 8 and 1/2 by Federico Fellini at 9 am!

Q. Satyajit Ray’s work has been tremendously influenced by Fellini. What Italian people think about Indian films? ‘Bicycle Thieves’ remains a must-watch for us, does any Indian film is in Italian must-watch list?
CG: Satyajit Ray has strong links with Italian cinema, starting from Neorealism. In one of Ray’s most famous films, Nayak, the influence by Fellini’s 8 and ½ is clearly visible. I think Indian movies still have to gain popularity among the Italian audience. In Florence since 2001, there has been a film festival completely dedicated to Indian cinema, called River to River –Florence Indian Film Festival. We are developing a series of initiatives with this film festival and local institutions, exactly to strengthen the links between the cinemas of our two Countries.

Q. Tourism connects two-nation very closely. What’s the percentage of visitors India contributed to your inbound tourist?
CG: Before the pandemic, we could see a growing trend of Indian tourists to Italy. And Kolkatans are no exception. As soon as the situation improves, the Consulate General will organise events to promote new and different touristic destinations in Italy. There are so many beautiful places to be discovered.

Q. How would you rate India as a tourists destination from a visitors perspective? Which is your favourite Indian city?
CG: AS far as I am concerned, I have come to India many times as a tourist, but still I feel I have so many places to visit. One of the cities which impressed me the most is Jaisalmer, with that unique horizon of desert sand. But to be honest, I think Kolkata is one of the best Indian cities to live in.

Q. What do you think attracts people more to Italy? Scenic beauty or the unparalleled culture of Italy?
CG: I think Italy has the best combination of what can make a holiday memorable: culture, beauty, nature, art, food, nice people.

Securities Account with the bank use to buy / sell