India’s Village Game Kabaddi Being the Next IPL 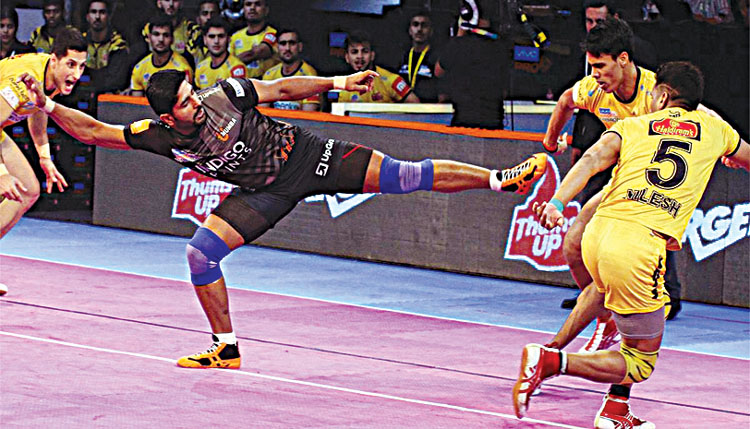 A game that was the life of villages, talukas, gaons, and small rural areas has come to the cities.The country where cricket is worshipped and cricketers are deities is starting to cherish and accept kabaddi in some light of its own. From a gully game to making national headlines, and entering sports betting cards, kabaddi has a story to tell. The Pro Kabaddi League is trying to become the next IPL by standing toe to toe. Because of matches like cricket and football, the kabaddi also started its own format in 2014. Since then, it has grown in popularity and strength. Though its ancient origins are debatable, it has become a competitive sport since the 1920s.

Because of this, it was also featured in Indian Olympics and the Asian Games. But, it was not until 2006 that kabaddi became a sport that Indians accepted worth watching. When the World Cup of 2006 was on the edge, Charu Sharma, a TV personality of India, dreamed of the potential of kabaddi. And, thus in contract with Star Sports and Mashal Sports, 2014 marked the first broadcast of the sport. It began its journey as a franchise-based format play, under the banner Pro Kabaddi League or PKL. This mode transformed the game and made it a commercially viable sport to air on the TV. Though online betting on the world’s largest cricket league, the IPL, can never be competed with, kabaddi is also being watched by millions today. So, a lot of Indian betting sites and sports betting casinos are offering this game and its matches.

With the Indian Super League, the country’s football league is also seeing some growth. The sports are in a healthy competition, if not trying to become the next IPL.

Media Appeal
What make a game big are the fans, and cricket will always be the one. IPL easily dominates the world with its format. It features the best cricketers, best matches, and a lot of fun. The IPL also had a 6-year head-start but even if kabaddi or PKL was there before, it could not have made an impact like cricket. Simply, India is a land of cricket. However, from 2014 to 2019, things seem to be growing. The PKL is now in 3rd rank with viewers. The IPL counts up to 6.4 million followers while PKL measures in just 300k. There is more evidence that the IPL format is a big hit because of the cricketers, who are celebrities in India, while the same cannot be said for either football and not at all for kabaddi.

Viewership
Talking about this figure, PKL’s first season in 2014 could be compared to a disaster. But, the whole season saw an accumulative viewership of 435 million. The final match alone measured 86.4 million people watching it live. This was a big success because the game from the villages was steadily making its way into the life of city people.

IPL saw 560million and ISL of football counted 429 million in the same year. Broadcaster Star Sports seems to have a lot of merit for the same. They are superb television marketers and their recent growth is showing that Indian viewers are also welcoming this new item on the menu. They are even encouraging players to get better looks and sharpen their personality on the screen with tattoos and haircuts. Similar to how football did with their players, making them a start overnight. In 2019, the market share of viewership from the sports tells their betting potential. While IPL has 52.3% of the TV time, ISL enjoys 8.5%, and PKL has even surpassed the football league by 39.2%. That is, Season 4 saw the biggest jump for PK. It was just the 2nd edition. In 2018, Season 6 arrived, and PKL was pushed back to the July-October slot just to make sure that other sports get their share of views as well. This was specifically done to facilitate Asian games and Kabaddi Masters.

The commercial side grew when VIVO became its sponsor and the prize money was hiked to crores. But, the 2020 edition was postponed because of the pandemic, and this year should bring back a lot of betting opportunities to our viewers.