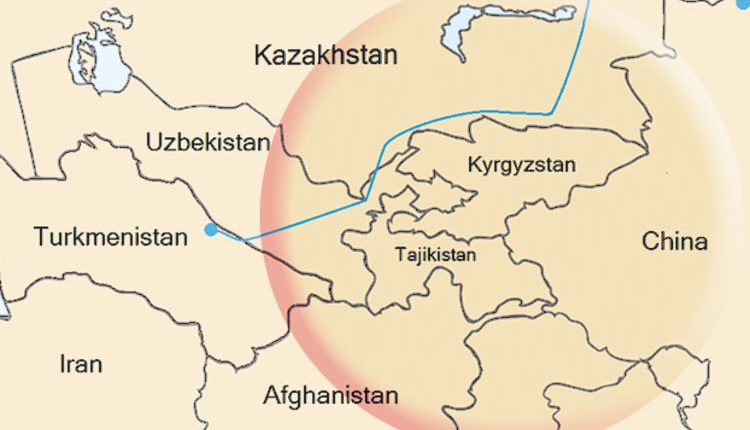 Natural gas supplies to the People’s Republic of China have helped drive Central Asia’s economic growth for the last decade. For no country is this more true than for Turkmenistan: over 90 percent of Turkmenistan’s total exports is natural gas exports to China. This figure is up from near zero before the Central Asia-China gas pipeline opened in December 2009. In 2019, Turkmenistan sold Beijing just over 30 billion cubic meters (bcm) of natural gas, with Uzbekistan and Kazakhstan each selling 10 bcm. The initial outbreak of COVID-19 in China caused significant disruption to these supplies. As the pandemic continues to have an effect on energy demand, a result of the ongoing global economic slowdown, the short-term outlook for Central Asia is troubled. However, over the medium term, the crisis appears set to solidify China’s role in the region, according to Foreign Policy Research Institute.

What has China been doing in Central Asia and the in the specific countries it courts?
Central Asia is land-locked and has low population. However, it is rich in resources such as oil & gas, and rare metals. The region has been performing well below potential and finds it difficult to compete with better located Persian Gulf countries. Moreover, it is surrounded by unstable regions. Given this, a long term partnership with China is immensely beneficial to each one of these countries. It’s little wonder that they figure prominently in China’s Belt and Road Initiatives. The Kazakhstan government has recently published a list of the 55 projects its neighbour China has invested in. About half of the investment total of US$27.6 billion is in oil and gas projects. About US$6 billion is being invested in Mining and metallurgy.

Kazakhstan risks becoming too dependent on China economically and politically. But that may be a better thing for the country compared to other alternatives. Kazakh authorities have already launched several programs including “the 2050 Strategy” and ‘”the 100 concrete steps” that incorporate Chinese investments and goals for realignment with the Belt and Road Initiative. In effect, trade turnover between the two nations has surpassed $20 billion and keeps growing, turning China into Kazakhstan’s major strategic partner. Beijing has also already invested nearly $30 billion in the country’s mining, oil, transport, and agricultural sectors. These investments add to Astana’s own $9 billion stimulus plan for the nation’s modernization. Furthermore, Astana is also constructing “special economic zones” that include the Khorgos “dry port” on the Kazakh-Chinese border. There are ambitious plans for routing Kazakh products and services using the China-Europe rail link being built. The central story though is Oil and gas, and it is mutually beneficial. The Central Asia gas pipeline runs through Kazakhstan, which gives it transit fee rights. If and when it extends to Iran, it will provide additional revenues to the country.

Kazakhtan is a large territory (almost as large as India), which is mostly desert and sparsely populated. Chinese investments are making big impacts on the lives of Kazakhs, though the dependence is also increasing. It’s a relatively small economy of US$180 billion but the population being only around 18 million, it’s a middle income country with growth aspirations. During most of its recent history it has largely been dependent on Russia and was a part of The USSR. To that extent, the downside to deep relations with china are few.

Tajikistan holds 0.20 trillion cubic feet (Tcf) of proven gas reserves as of 2017, ranking 87th in the world and accounting for about 0.003% of the world’s total natural gas reserves of 6,923 Tcf. Tajikistan has proven reserves equivalent to 298.5 times its annual consumption. This means it has about 298 years of gas left (at current consumption levels and excluding unproven reserves). China’s imports, needless to say, are extremely important for this country (population – 9 million, GDP – 75 billion). China, Russia, Kazakhstan and Uzbekistan are the main investors in the country. Oil and gas, agriculture and construction are the main investment sectors. Despite the obstacles in the country, hydrocarbons and petrochemicals are attracting more and more foreign investment and there had recently been an interest in the manufacturing sector. China has granted a USD 4.1 billion loan to build the Lolotan field, the second largest gas field in the world. China is increasingly investing in the gas sector, co-financing pipelines and refineries, and remains the largest gas buyer in the country.

Turkmenistan (GDP US$ 400 billion, population 6 million) is gas rich and has low population. Turkmenistan had estimated proven natural gas reserves of 265 trillion cubic feet (Tcf) as of January 2016. It is the sixth largest natural gas reserve holder in the world according to the Oil and Gas Journal, and was among the top 15 dry natural gas producers in 2015.The Turkmen economy is among the least free in the world. It attracted just under $2 billion in net foreign direct investment (FDI) inflow in 2018, despite its significant natural gas potential. The Central Asian producer with the largest gas reserves and the greatest export potential, has now established itself as a major supplier to China. The 30-35 Bcm/year exported to China has now replaced exports to Russia as the mainstay of Turkmenistan’s gas business, and of its export revenues.

Uzbekistan is a larger economy (GDP 500 billion, population 33 million) and has a large gas reserve. Uzbekistan holds 65 trillion cubic feet (Tcf) of proven gas reserves as of 2017, ranking 19th in the world and accounting for about 1% of the world’s total natural gas reserves of 6,923 Tcf. Uzbekistan has proven reserves equivalent to 42.7 times its annual consumption. This means it has about 43 years of gas left (at current consumption levels and excluding unproven reserves). Russia’s Lukoil and Gazprom and China National Petroleum Corporation (CNPC) are among the most heavily invested companies in Uzbekistan’s oil and natural gas industries. In 2015, Uzbekistan was the third largest natural gas producer in Eurasia, following Russia and Turkmenistan. The country produced just over 2 trillion cubic feet (Tcf) of natural gas in 2015, and consumed roughly 1.8 Tcf of natural gas the same year according to the BRITISH PETROLEUM Statistical Review of World Energy 2016. As is evident, the relationship between Central Asia and China is beneficial to both sides and has the potential to be a solid economic alliance for long periods. If and when Iran gets added to the mix the bonds will get stronger. Obviously, this is not so great for other NG producers of the world who would all want to have a bigger slice of the rapidly expanding Chinese cake. It may e noted here that some of these countries are also oil producing ones and there are oil pipelines existing between Kazakhstan and China. The story is only a decade old and has a few more decades to go.