Airbags for new Cars MandatoryKnow Everything About The Safety Measure 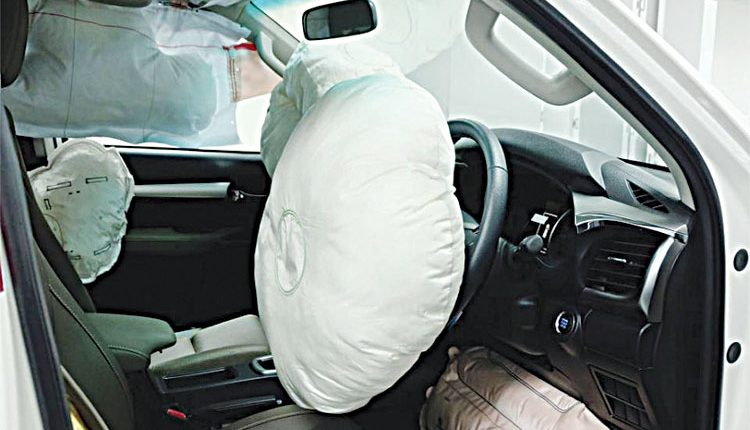 Driving your car without airbags is dangerous because, without fully operational airbags, the car safety features are down 50%. The airbags are a secondary safety restraint system that deploys if a car gets into an accident and prevents serious injuries to the occupants. Projections of the likely impacts of side airbags, ESC, and autonomous emergency braking are included in BITRE 2014c. Frontal airbags began to be introduced as a standard feature in light vehicles in around 1990, and by 2006 were a standard feature in over 90 per cent of new light vehicles. Airbags are one of the most important safety innovations of recent decades. Airbags provide crucial cushioning for people during a crash. They’re normally hidden but inflate instantly when a crash begins. Front airbags have been required in all new passenger vehicles since the 1999 model year.

In the current situation, the increasing traffic and rate of road accidents have become one of the most concerned topics to discuss. According to the Ministry of Road Transport and Highways (MoRTH), every year in India, about eighty thousand people are killed in road crashes which is thirteen percent of the total fatality all over the world. Therefore, to control the number of incidents and enhance safety features in vehicles, the Indian government has mandated the use of passenger-side airbags onthe front seat. The draft notification has already been issued in this regard by MoRTH and informed that in case of new vehicles, the new rule is mandatory from April 1, while for the existing models sold in India, necessary changes will be made by August 1. However, as of now, only the driver side airbag was made mandatory.

Here is all you need to know about the airbags:
What are airbags?
Airbags are thin nylon fabric bags that are designed to protect you in the event of a crash or accident by unfolding itself from different locations in the car. Airbags are also known as supplemental protection alongside seatbelts present in the car to keep the rider and seater safe.

How does it work?
As the car meets with an accident, the airbags present in the vehicle inflates when a sensor connected to the vehicle’s airbag detects a collision and acts as a cushion between the person and the car and prevents or reduces impact or injuries. As soon as the driver or the passenger makes contact with the airbag, it deflates. It is important to know that the inflation of the airbag is caused by nitrogen gas. However, it is always advised to wear your seatbelt while driving or sitting in the car to reduce the impact of the accident.

Side torso airbag: These are placed on the outer side of the front seats and/or rear seats and instead of the head,it is designed to prevent the body of the person from hitting the door panel.

Side curtain airbag: It is designed to protect the person’s head from hitting the roof, door frame and windows during a sideways collision and is deployed from the roof.

Since the airbags deployed, they are no longer usable and would be removed by a repair facility as a part of the overall repairs. If you choose to cut them off so you can drive the car, there is no affect on the insurance. For those of you who want to replace airbag units on your own, you’ll be happy to hear there are no restrictions on this kind of work. You don’t need to go to any sort of authorized dealer or mechanic to fo this work, except when the work butts up against your car’s warranty.