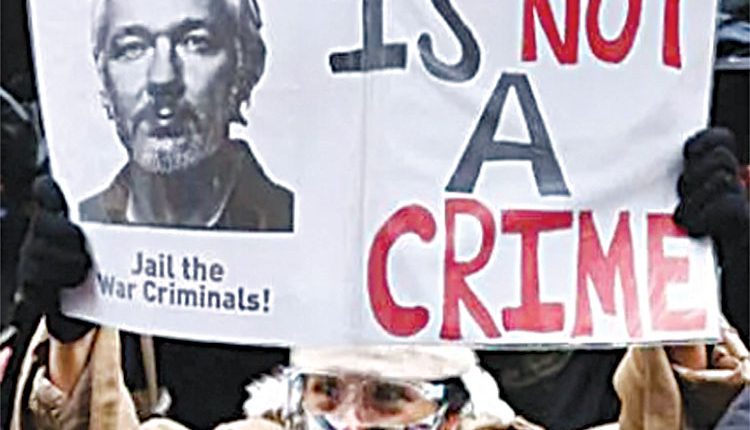 London, Jan 6 (Bureau) WikiLeaks’ founder Julian Assange will discover on Wednesday if he will be allowed to taste freedom after years of self-incarceration and jail time, following victory in his battle to avoid extradition from Britain to the United States. A British judge on Monday rejected a request from U.S. authorities for Assange, 49, to be sent across the Atlantic to face 18 criminal charges of breaking an espionage law and conspiring to hack government computers.

The charges relate to the release by WikiLeaks of hundreds of thousands of confidential U.S. military records and diplomatic cables which U.S. officials say put lives in danger. Although Judge Vanessa Baraitser accepted the U.S. legal arguments in the case, she said Assange’s mental health issues meant he would be at risk of suicide if he were extradited. The U.S. Department of Justice says it will continue to seek his extradition and will appeal against her verdict. In the meantime, Assange, who is currently being held in the top-security Belmarsh Prison in southeast London, will seek to be freed on bail at a hearing on Wednesday. If Baraitser grants his request at a hearing that was due to begin at 1000 GMT, Assange would be able to enjoy freedom for the first time in more than eight years.