US lacks information to assess if COVID-19 came from infected animal, lab accident 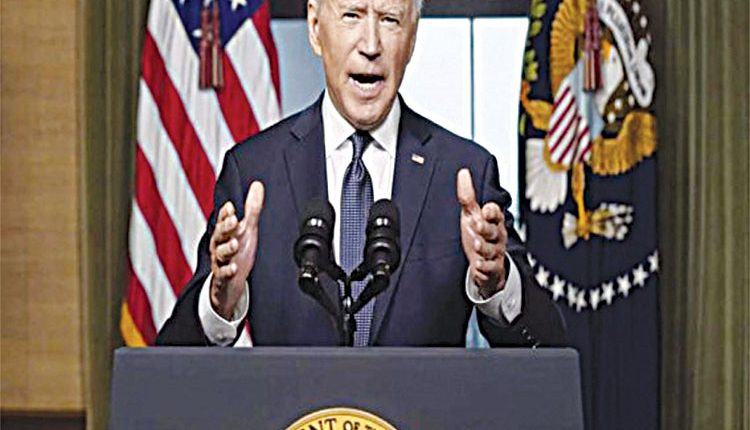 Biden said he directed the US Intelligence Community to redouble efforts to investigate the matter and to report their findings to him in 90 days. The US Intelligence Community is expected to reach out to China with specific questions about the origins of COVID-19, Biden said. Biden said the intelligence community will work with US national labs and other federal agencies to enhance efforts to get closer to a definitive conclusion of the origins of the disease. In addition, Biden said, the United States will continue to work with the international community to press China to participate in a full and transparent investigation. The Wall Street Journal reported on Sunday, citing intelligence data, that three lab employees in Wuhan, China, became sick in November 2019 with symptoms similar to COVID-19, which, according to the newspaper, should support the hypothesis that the virus could have originated in China.

The first COVID-19 case was reported in December 2019 in Wuhan, located in eastern Chinese province of Hubei. Former US President Donald Trump blamed the outbreak on China and suspected it originated in a virology lab in Wuhan. The World Health Organization (WHO) sent several fact-finding missions to Wuhan and released a full report in March which concluded that the leak from the lab was “extremely unlikely.” WHO experts further concluded that the virus was transmitted to humans from animals which may have consumed bats. The United States and 13 other countries issued a joint statement casting doubt on the accuracy of WHO report and called for a “transparent and independent” investigation into the origins of COVID-19. US House Intelligence Committee chairman Adam Schiff warned against drawing conclusions too hastily. “It is critical that we allow the IC, and other scientific and medical experts, to objectively weigh and assess all available facts, and to avoid any premature or politically-motivated conclusions,” Schiff said in a statement.

Russia interested in development of cooperation with Gabon – Lavrov