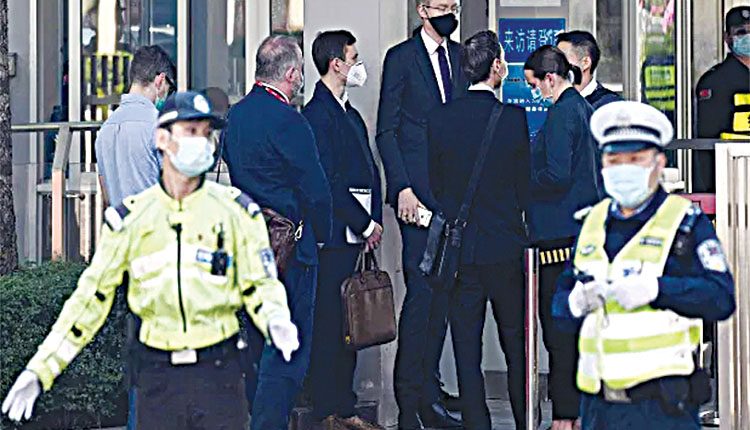 Washington, Dec 31 (Sputnik) The United States is urging China to immediately release 10 Hong Kong activists who were sentenced in a Chinese court on charges related to the city’s anti-government protests, US Secretary of State Mike Pompeo said in a statement on Thursday. “The United States strongly condemns the Shenzhen court’s actions and calls for the ten members of the group who were sentenced to jail terms to be immediately and unconditionally released,” Pompeo said in the statement.

The 10 individuals are among 12 rights activists who were arrested off the coast of Hong Kong on August 23 while allegedly trying to flee to Taiwan by boat. A Chinese court on Wednesday sentenced 10 of them, after they allegedly admitted to having attempted to illegally cross the maritime border. Two others face no charges, as they are minors. No journalists or diplomats were allowed at the hearings.

Putin believes Russia will overcome all difficulties in 2021

WHO issues emergency use validation for Pfizer, BioNTech COVID-19 vaccine