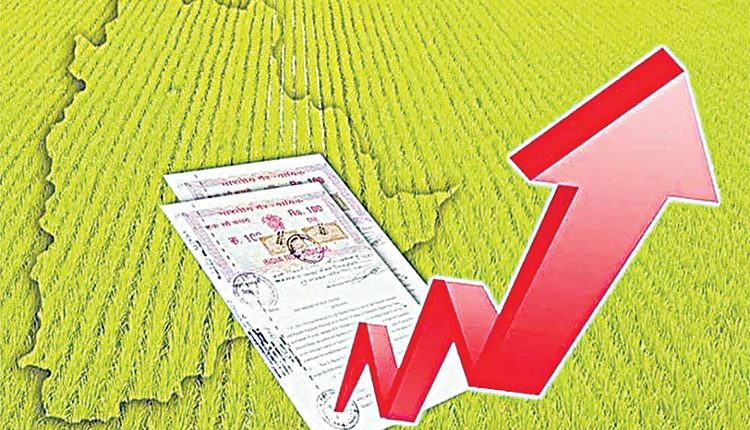 Hyderabad, Jul 20 (FN Representative) The Telangana government on Tuesday revised the market value of lands, flats and property registrations in the state with effect from July 22. Stamp duty rates have been revised to 7.5 per cent from 6 per cent for sale and other transactions, according to a GO issued by Chief Secretary Somesh Kumar here. All registrations which will take place on or after July 22 will be done as per new rates, even if slots have been booked and payments have been made earlier.

In cases where payments have already been made for registrations and slots have been booked for July 22 and thereafter, a module titled “Additional payments for Slots already booked” is made available in Dharani for making additional payments. The differential amounts can be paid and transactions carried out on the slotted day, according to release. The lowest value for agricultural lands has been fixed at Rs.75,000 per acre. For agricultural lands, the existing values have been enhanced by 50 per cent in lower range, 40 percent in mid range and 30 per cent in higher range, it said.

Likewise, in case of open plots, the lowest value hitherto was Rs.100 per sq. yard which has now been revised to Rs 200 per sq yard. The basic values for open plots have been revised by 50 per cent in lower range, 40 per cent in mid range and 30 per cent in higher range. The existing lowest value for flats/apartment was Rs 800 per sq.ft which has now been revised to Rs 1000 per sq.ft, however, in case of flats/apartments, the increase is by 20 per cent in lower ranges and 30 per cent in higher ranges. The Stamp duty rates in the State are amongst the lowest in the country and in the neighbouring states, the duty rates are much higher – TN (11 pc), Kerala (10 pc), AP (7.5 pc). The Cabinet Sub Committee on resource mobilization headed by state Finance Minister T. Harish Rao, which met last month, recommended the enhancement of stamp duty rates.