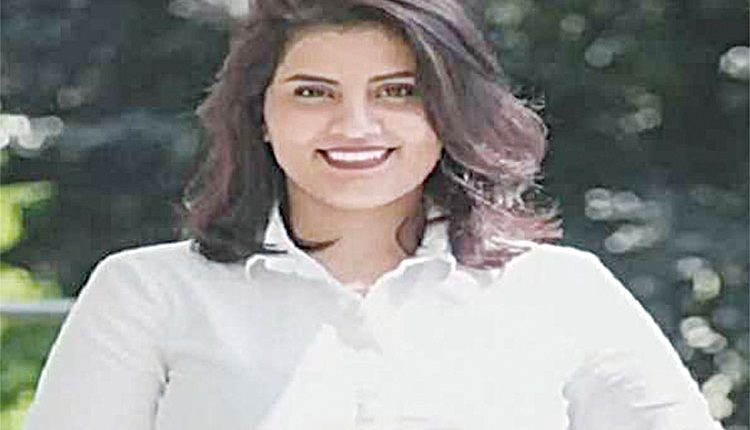 Riyadh, Feb 11(FN Agency) Saudi Arabia on Wednesday released the prominent Saudi women’s right activist Loujain al-Hathloul from prison, her family said in a statement. Ms Hathloul, 31, who was instrumental in leading the movement demanding that women in her country be allowed to drive vehicles was detained by the authorities in 2018, just weeks before the ban was lifted. In December she was found guilty by a court of trying to change the political system and damage public order in the country. She was sentenced to nearly six years in a maximum security prison.

However, later the court suspended two years and 10 months from her sentence. However her family in the statement warned that Ms Hathloul is “not yet free” and will face numerous restrictions while on probation, including a five-year travel ban, the BBC reported. Ms Hathloul became a symbol of the suppression of dissent in Saudi Arabia following her detention in May 2018 along with about a dozen other female activists who had also campaigned for women to be allowed to drive.