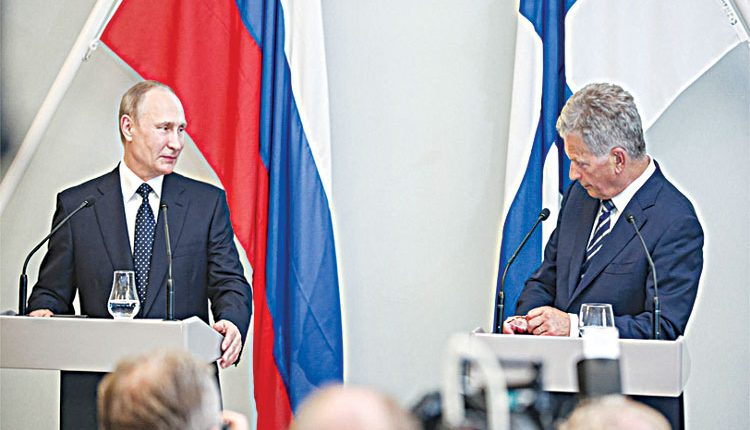 Moscow, Dec 16 (Agency) Russian Foreign Minister Sergey Lavrov has exchanged congratulations with his Finnish counterpart, Pekka Haavisto, on the upcoming 100th anniversary of diplomatic relations between the two countries, the Russian Foreign Ministry said Wednesday. In his message, Lavrov called the anniversary a landmark in the history of the two peoples, which inaugurated a new stage of bilateral cooperation.

The top diplomat also noted that during these 100 years, the Russia-Finland relations progressed from distrust and conflicts to genuine neighborliness. “Currently, our cooperation with Finland is developing at the most dynamic pace. It is traditionally founded on regular political dialogue at all levels, close trade and economic relations, close cooperation between ministries and agencies, direct contacts between organizations and citizens,” the Russian minister said, expressing hope for a complete restoration of contacts and cooperation as soon as the situation with COVID-19 improves.

Both ministers mentioned the negative impact of the pandemic on the bilateral relations. “We are meeting less often and the traditionally active cross-border movement has decreased as a result of restrictions imposed out of necessity. Despite that, the inter-agency cooperation between our countries is well-functioning when making exceptional decisions even under current conditions. On this occasion, I would like to thank you and your colleagues for constructive cooperation on those issues,” Haavisto said.
The Finnish minister emphasized the ability of the Russians and Finns to discuss thorny issues, mentioning the close cooperation between historians from both countries as well as active visits and archival documents exchange. “This cooperation is a fruitful channel for discussion of historical questions. I express my full support for this important endeavor,” Haavisto stated. Finland and Russia, the then Russian Soviet Federative Socialist Republic, established diplomatic ties on December 31, 1920. In 1923, Finland established relations with the Soviet Union, which was later succeeded by Russia Federation in 1991.