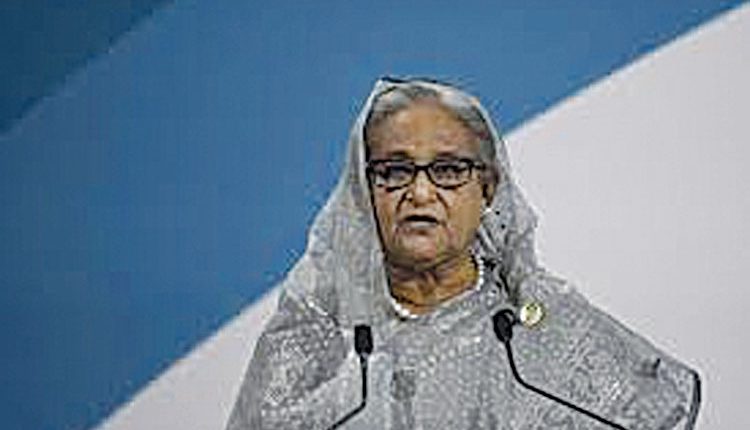 Dhaka, Oct 7 (Representative) Bangladesh Prime Minister Sheikh Hasina said that the Rapid Action Battalion (RAB) was formed on the advice of the US and as they trained, the RAB worked. In response to a question at the press conference held at the Prime Minister’s official residence Ganabhaban on Thursday afternoon, she raised the question in turn. The head of government came to this press conference to inform about her visit to the United States and the United Kingdom, including attending the session of the General Assembly at the United Nations. At the beginning, the Prime Minister read out a written speech about her experience of the visit. Later in the question and answer session, a journalist wanted to know that there is such a tension between the country and Bangladesh due to the US sanctions against the former and current officers of RAB and the organization. What is the Prime Minister’s assessment of this relationship, how do you see it? In response, the Prime Minister said, who made RAB? RAB was created by them (in the United States). They are providing training, weapons, technology – everything. So why sanctions against the organization (RAB) that eradicated terrorism in Bangladesh? So are they (US) unhappy because there is no terrorism in Bangladesh – that is my question. I said these things in the address of the United Nations session.

She said, there can be conflict in the state. The United States imposes sanctions on us from time to time. But the unfortunate thing is that some people of our country who have left the country by doing bad deeds, they spread false propaganda against Bangladesh by saying fabricated and false things. The Prime Minister said, sanctioned RAB, I will ask who created RAB? RAB was created on the advice of the United States. It was the United States that suggested the creation of the RAB, they provided the training, weapons and even the digital security system was provided by the United States. Now if the United States gives sanctions or says something or brings charges, then only one thing, they have implemented as you have trained. What do we have to do here? If your training was a little better, then there was one thing. The prime minister also commented that in Bangladesh law and order forces are prosecuted, but not in the United States. She also said, whether it is RAB or the police, the law enforcement agency of our country, if they commit any crime, they will be prosecuted. In the United States, even if the police shoot directly, there is no trial. When the people got into a movement there, it felt like a judgment they had been able to make all their lives. How many of our Bengalis have died. But they didn’t say anything there. I have told them clearly about these things. But I did not sit.