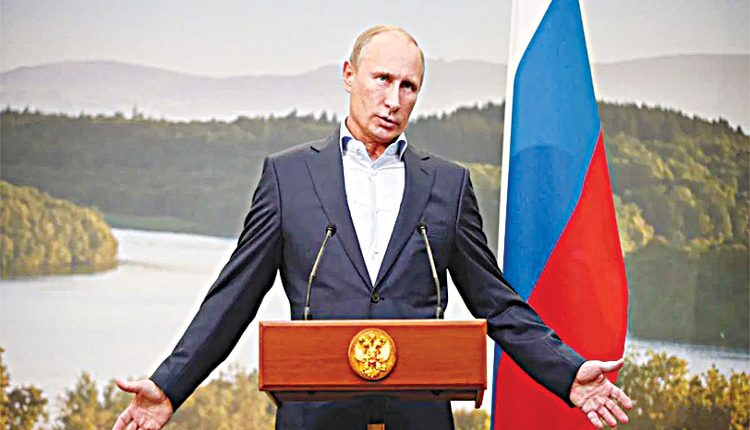 Moscow, Dec 20 (Agency) – The attempts to revise the role of Russian special services in the defeat of Nazism during the Second World War must be confronted, Russian President Vladimir Putin said on Saturday. Putin made the statement during the visit to the headquarters of Russia’s Foreign Intelligence Service (SVR) to mark the 100th anniversary of its establishment.

“Our common task is to confront any attempts to revise history, including silencing or distorting the role of our special services in the defeat of Nazism and, more generally, in ensuring the national security and national interests of our country,” Putin said. Aside from the SVR, the Russian leader addressed the statement to all of Russia’s other special service agencies, saying that “we are all rightfully proud of the glorious pages of history of our services.” “In the year marking the 75th anniversary of the great victory, we bow our heads to the memory of all those who led fighters to the war — in the units formed of security personnel, in the very hotbed of the frontline, defending Moscow, Leningrad, Stalingrad, fighting near Kursk and other critically important locations of the Great Patriotic War [1941-1945], creating partisan units and performing responsible tasks in the rear, eliminated spies, traitors and saboteurs,” Putin said.