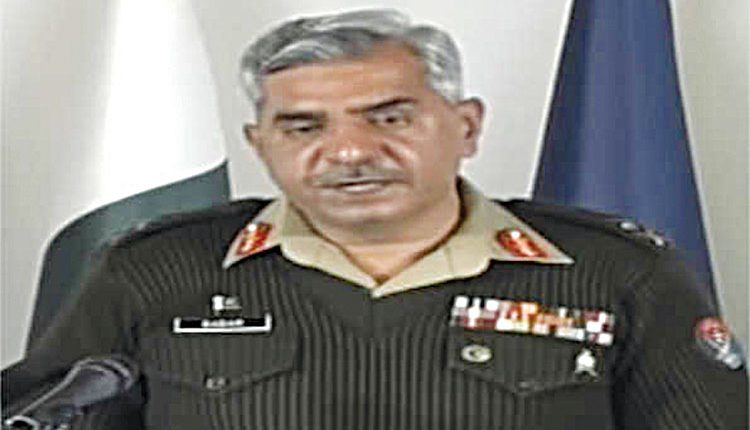 Islamabad, Jan 12 (Agency) Pakistan Army has rejected the opposition’s criticism of its meddling in the country’s political affairs and said there is no reason for the opposition alliance — Pakistan Democratic Movement (PDM) — to march to Rawalpindi, where the military headquarters are located. “I do not see any reason for them to come to Rawalpindi. If they ever come we will serve them ‘chai-pani’ (tea and water). We will look after them well,” said Maj Gen Babar Iftikhar who heads the military’s media wing Inter-Services Public Relations (ISPR), Dawn reported.

PDM chief Maulana Fazlur Rehman had after the 10-party alliance meeting at Raiwind on January 1 warned that the planned long march to Islamabad could also be directed to Rawalpindi. Opposition parties have of late become more vocal in their criticism of the army for allegedly putting Prime Minister Imran Khan in office by manipulating the 2018 general elections and later influencing governance through a façade of civilian rule. They have demanded that PM Khan step down by January 31 or else they would hold a long march to push for his ouster. Former prime minister and PMLN chief Nawaz Sharif has also alleged that it was the army that ousted him from office after he refused to tow their line. The ISPR director general rejected the allegation that the army had manipulated the 2018 polls, and said that the government had only asked the army for supporting the electoral exercise. “We conducted the elections with full responsibility and honesty,” he said. “The army does not need to enter the political fray, nor should it be dragged into it,” he said asking the politicians to keep the military out of their squabbles.

The military top brass believes that all these allegations against them are nothing but an attempt to draw a wedge between the army and the people of Pakistan. Ever since its inception, Pakistan has seen several military coups wherein democratically elected civilian governments have been overthrown. The Pakistan Army also continues to play a very decisive role in the country’s governance with it having the final say in Pakistan’s foreign and defence policies.

FBI warns of armed protests at all US state Capitols