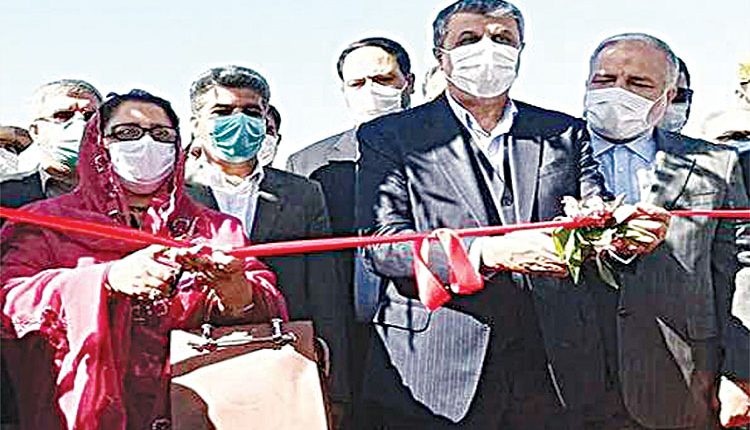 Islamabad, Dec 20(Agency) Pakistan’s Minister for Defence Production Zuba­ida Jalal opened another official border crossing point between Pakistan and Iran here on Saturday. After Taftan, Gwadar Ramdhan is the second international border crossing point between Iran and Pakistan. Taftan has already been in use for more than 70 years for trade and thousands of pilgrims use it every year for crossing as well, Dawn reported.

The minister also inaugurated an immigration office of the Federal Investigation Agency at the new entry point at a ceremony held at border post-250 inside Iran. Speaking on the occasion, Ms Jalal termed the opening of the second crossing point with Iran historic and said that for centuries the people of Gwadar had longed for Taftan-like immigration facilities. She said that new crossing point would facilitate the people of the two countries with regards to easing travel and will also stre­n­gthen bilateral ties and increase economic acti­vities between the two countries significantly. She said at present the pilgrims had to travel to Taftan from Quetta and on their return from Iran to Quetta amid heavy security. Referring to the fence being erected at Pak-Iran border, the minister said that with the completion of the project the security situation would also improve in the border areas.