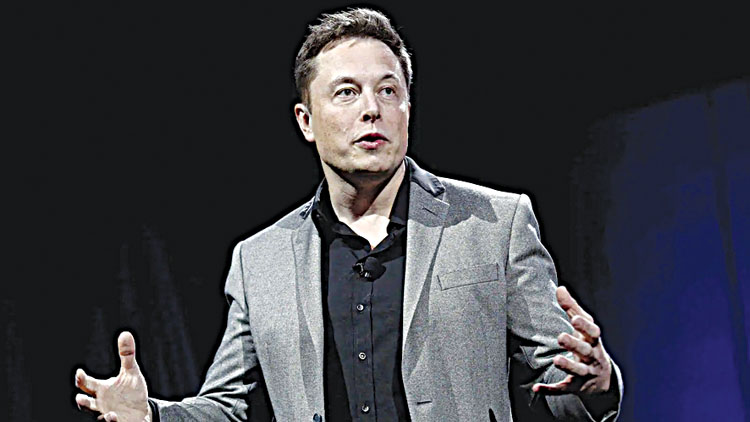 New York, Oct 12 (Bureau) Tesla founder Elon Musk has denied reports he spoke to Russian President Vladimir Putin before posting a Twitter poll with his suggestions for ending Russia’s invasion of Ukraine taht caused a lot of controversy. Ian Bremmer, head of the Eurasia Group political risk consultancy, alleged that Musk had personally told him about the conversation with Putin. But Musk has now refuted this, the BBC reported. In a newsletter, Bremmer wrote that Musk told him the Russian president was “prepared to negotiate”, but only if Crimea remained under Russian control, if Ukraine accepted a form of permanent neutrality, and if Kyiv recognised Russia’s annexation of Luhansk, Donetsk, Kherson and Zaporizhzhia.

Musk tweeted: “I have spoken to Putin only once and that was about 18 months ago. The subject matter was space.” Last week, the Tesla CEO asked his 107.7 million followers to vote on ways to resolve the Ukraine war. The suggestions included a proposal to hold votes in parts of Ukraine occupied by Russia that the Kremlin says it has annexed. His comments were welcomed by Moscow, the BBC said. The multi-billionaire said: “Russia leaves if that is will of the people.” Putin has already declared four Ukrainian regions to be part of Russia, following so-called referendums denounced as fraudulent by Kyiv and its Western allies. Russia does not fully control any of the four regions. Musk also suggested the world should “formally” recognise Crimea — illegally annexed by Moscow in 2014 — as part of Russia. Bremmer said the SpaceX boss told him that Putin said the goals would be accomplished “no matter what” and that there was the potential of a nuclear strike if Ukraine invaded Crimea.

But Musk has since denied the reports. Ukrainian Foreign Minister Dmytro Kuleba said people proposing Ukraine give up on its people and land “must stop using word ‘peace’ as an euphemism to ‘let Russians murder and rape thousands more innocent Ukrainians, and grab more land'”. Russian chess grandmaster Garry Kasparov called Musk’s tweet “moral idiocy, repetition of Kremlin propaganda, a betrayal of Ukrainian courage & sacrifice”. Kremlin spokesman Dmitry Peskov welcomed Musk’s suggestions, stating: “It is very positive that somebody like Elon Musk is looking for a peaceful way out of this situation.” Early in the war, the billionaire gained widespread popularity in Ukraine after sending a number of his Starlink internet terminals to the country. He was subsequently invited to visit by Ukrainian President Volodymyr Zelensky. But his recent tweets have seen that relationship sour, with Zelensky last week hitting out at his Twitter poll.

CCP to give third 5-year term to Xi