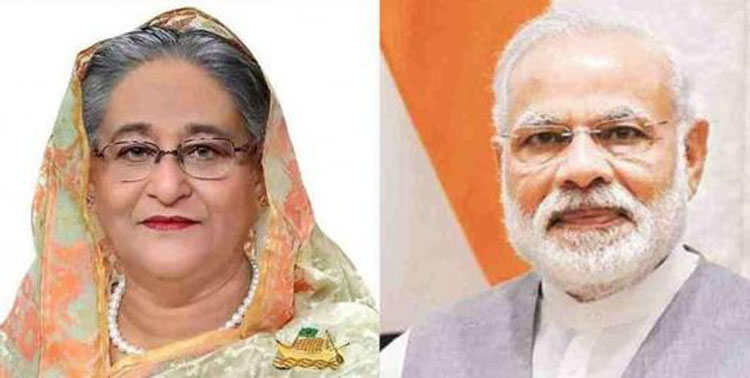 Dhaka, Dec 11 (Agency) Bangladesh Prime Minister Sheikh Hasina is set to hold a virtual meeting with Indian Prime Minister Narendra Modi on December 17 on a range of issues, a senior official of Bangladesh Foreign Ministry said on Friday. According to the report, the date and time of the meeting have been finalized through discussions between the two sides.
An inter-ministerial meeting has already been held at the Indian Ministry of External Affairs ahead of the meeting between the two Prime Ministers.

Peaceful and secured border between the two countries as well as the speedy implementation of projects under India’s credit line is likely to be discussed at the Hasina-Modi meeting, the report said. The meeting will start at 1100 hrs on the same day and one to one-and-a-half hour discussion can be held between the two leaders. The two Prime Ministers will also inaugurate Haldibari-Chilahati railway virtually on the same day. The report further said that Indian Prime Minister Narendra Modi has been invited to visit Dhaka on March 26. If Corona situation improves, Modi will visit Dhaka. During the meeting, Sheikh Hasina can also talk to Modi about his visit to Dhaka. Foreign Secretary Masud bin Momen was scheduled to visit Delhi in the first week of December ahead of a meeting and visit by the two prime ministers. However, FM BD official said that the tour is now very uncertain as he is suffering from Coronavirus. Citing Indian High Commissioner to Bangladesh Vikram Doraiswamy, the report said, “We expect a meeting between the Prime Ministers of Bangladesh and India on the occasion of the 50th anniversary of independence of Bangladesh.”

TVS Group family to continue to manage Cos, businesses