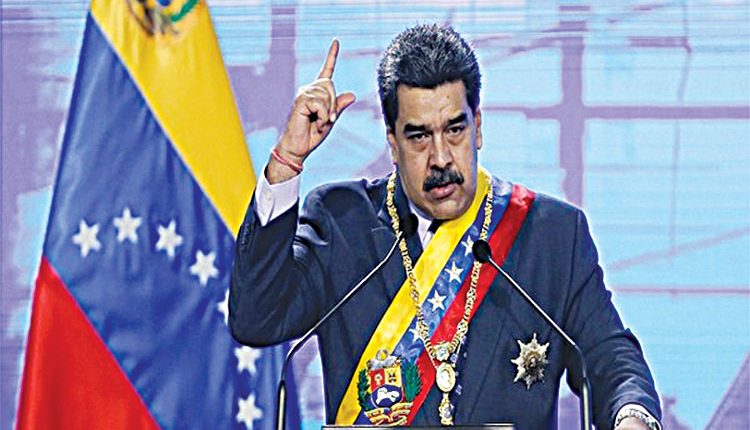 Mexico City, Feb 28 (Agency) Venezuelan President Nicolas Maduro says his country will review its relations with Spain after the visit of Spanish Foreign Minister Arancha Gonzalez to Colombia’s border regions. “Whoever wants good treatment has to give respect and good treatment to Venezuela. Let us proceed to thoroughly review all relations with Spain, at all levels,” Maduro said in a Saturday address, broadcast on his Twitter page.

Maduro criticized the presence of Gonzalez in Colombia and asked Venezuelan Vice President Delcy Rodriguez, as well as Foreign Minister Jorge Arreaza to review diplomatic relations with Spain. “Get out of Latin America, chancellor of Spain. Go home, foreign minister, enough humiliation,” Maduro said. On Wednesday, Arreaza announced that the EU envoy in Venezuela, Caracas Isabel Brilhante Pedrosa, was declared “persona non grata” and had 72 hours to leave the country. The decision was made in response to a new bout of sanctions that the EU foreign ministers imposed on Monday on another 18 Venezuelan officials over alleged human rights violations and accounts of “undermining democracy.” Maduro has stressed that Venezuela would not engage in any dialogue or deals with the European Union until sanctions are lifted.

After Johnson & Johnson Vaccine Approval That ‘Things Likely to Get Worse’: Biden

This is changed Bangladesh: Hasina