This is changed Bangladesh: Hasina 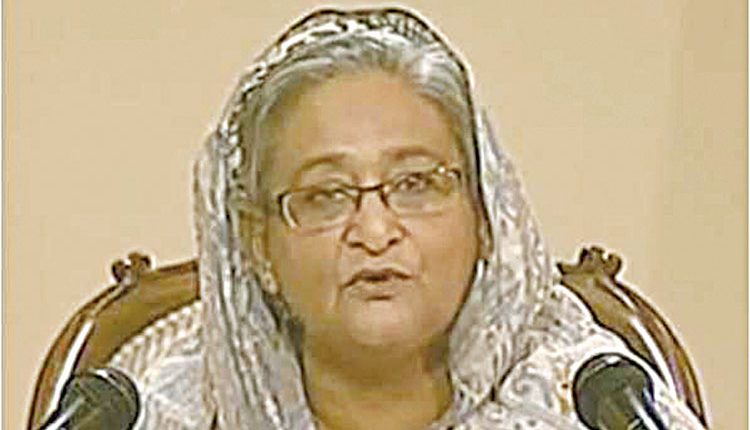 Dhaka, Feb 28 (FN Bureau) Bangladesh Prime Minister Sheikh Hasina said Bangladesh’s graduation from the group of the least developed countries (LDCs) to a developing country stemmed from her government’s relentless efforts, planning and hard work for the last 12 years. The people of the country did all these things. Remaining there in the government, we just gave policy support to create the scope. It’s a historic and price moment for the nation, she said in her written speech at a virtual press conference marking the UN’s final recommendation for Bangladesh’s graduation from the LDC group. She joined the press conference from her official residence Ganobhaban. It was organized at the Shapla Hall of the Prime Minister’s office.

Sheikh Hasina expressed her strong hope that Bangladesh would get its place as a dignified country at the world stage following its graduation as a developed nation. She extended heartiest congratulations to the Bangladeshi citizens both at home and abroad for achieving this feat. Father of the Nation Bangabandhu had turned Bangladesh into a least developed one pulling the war ravaged country into just three and a half years’ time. And Bangladesh Awami League – a party founded in the hand of the great leader – established the country as a developing nation in this Golden Jubilee year of independence, she said. The Prime Minister gave the credit for this to the people of this country saying the coordinated efforts of all have made the milestone achievement possible and congratulated all the citizens at home and abroad. Being the daughter of the Father of the Nation, Hasina said she feels proud of this achievement as she herself remained engaged in the process of development strides.

UN Committee for Development Policy (CDP) reviews the issue of a country’s graduation from LDC based on income per capita, human assets, and economic and environmental vulnerability, she said. In continuation of Bangabandhu’s fulfillment of these criteria in the first triennial review meeting of the CDP in 2018, she said Bangladesh also met all the three criteria this year for graduation from LDC status to a developing country. According to the UN, a country is eligible to graduate from the LDC capacity if it has a gross national income (GNI) per capita of $1,230 or above for three years, a Human Assets Index (HAI) of 66 or above and an Economic Vulnerability Index (EVI) of 32 or below. Bangladesh has continued to fulfill the three years with its GNI per capital was $1,827 in 2020. The HAI is 75.3, while the EVI is 25.2.