Johnson’s return to No 10 a ‘real possibility’: Media 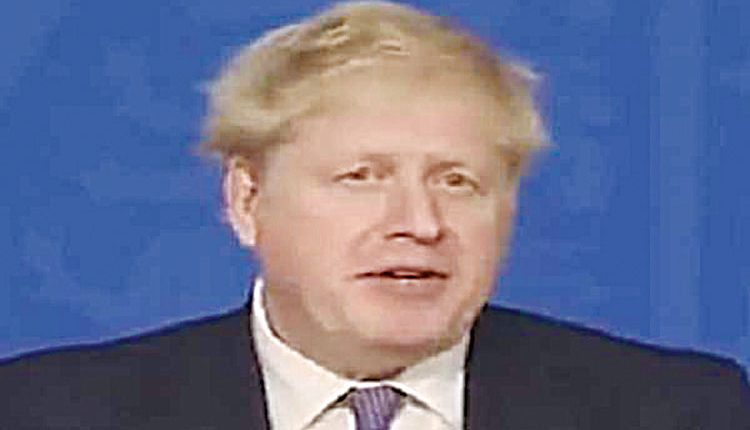 London, Oct 21 (Agency) The prospect of Boris Johnson making it into the final stage of the Tory Party leadership race should be taken “very” seriously, according to the founder of the ConservativeHome website. Nobody has declared their intention to run yet – but Rishi Sunak and Penny Mordaunt are seen as contenders. Candidates to succeed Liz Truss as the UK’s prime minister have just a few days to gather the support of MPs. Nominations close at 2 pm Monday – and candidates must have the backing of at least 100 MPs to runBackers of Boris Johnson, who resigned in July following a series of scandals, are calling for him to stand in the race.

British political activist Tim Montgomerie says he’s hearing that not only is the former prime minister likely to pass the 100 MPs threshold, but he could garner the backing of “close to 140”. Party members will vote on the candidates that meet the threshold in an online vote by October 28. “Boris Johnson is very popular amongst grassroots members and Rishi Sunak, the other leading contender for the crown, is much less popular,” Montgomerie told BBC. “So I wouldn’t want to make any cast iron prediction in this crazy world of politics at the moment but I think Boris Johnson returning is a very real possibility.” Montgomerie added that there are many Tories who “hate the idea of Johnson becoming leader” again, with talk of MPs potentially resigning the whip if he succeeds.