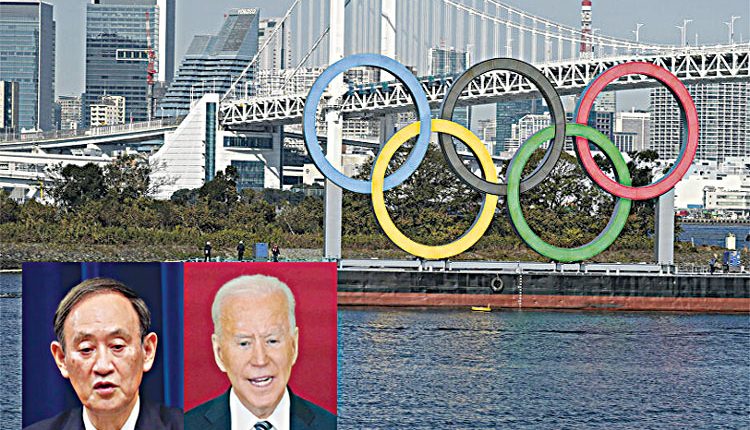 Tokyo, Mar 26 (FN Agency) Japanese Prime Minister Yoshihide Suga said on Friday that he would invite US President Joe Biden to attend the Summer Olympics in Tokyo during his upcoming visit to the United States.

“Of course, that will take place,” Suga told lawmakers when asked whether he would invite Biden to attend the Olympics during the visit to the United States scheduled for early April. The prime minister added that all the G7 member states had supported the idea to hold the Summer Olympics in Tokyo this year. The Tokyo Olympics were meant to be hosted by Japan last summer, but had to be postponed due to the pandemic and will now take place this year, from July 23 to August 8. Earlier this month, organizers of the Tokyo Olympics announced that foreign spectators would not be allowed at the games.