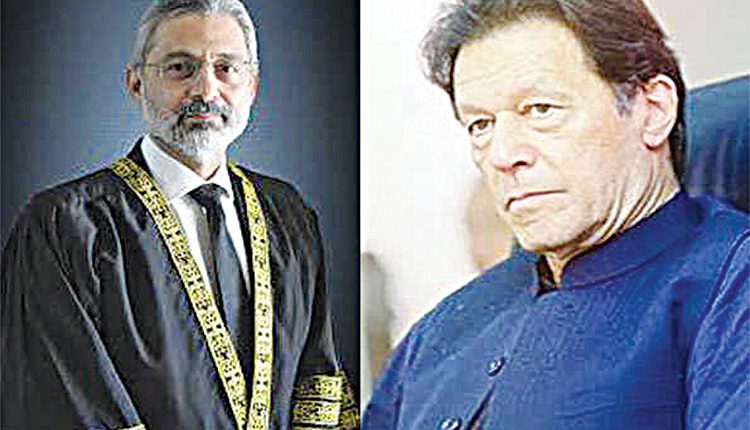 Islamabad, Feb 4 (FN Agency) Justice Qazi Faez Isa of Paksitan’s Supreme Court on Wednesday questioned Prime Minister Imran Khan’s approval of the development funds, approved for members of the National Assembly and provincial assemblies. Justice Isa also warned that legal proceedings would be initiated if the move was found to be in contravention of the law, Dawn reported.

On January 27, Prime Minister Khan had approved grants of Rs 500 million for each member of the National Assembly and provincial assemblies under the sustainable development goals to allow lawmakers to carry out development schemes in their constituencies. The decision was taken after long-standing demands from the lawmakers for release of development funds. Quoting a newspaper report during the hearing, Justice Isa, asked the AG to apprise the court of the matter.

He further asked AG Jawed to update the court on the issue based on the government’s response and warned that if the release of funds was valid according to the Constitution and the law then “the matter will be closed”. He added, however, that if it was in contravention of the law, then “action will be taken”. The AG responded he would update the court after receiving instructions from the government and further reassured that “whatever action is taken will be in the light of the law, Constitution and legal precedent.” Justice Isa said the matter would be referred to the Chief Justice for formation of a bench in case it warranted the initiation of legal proceedings.