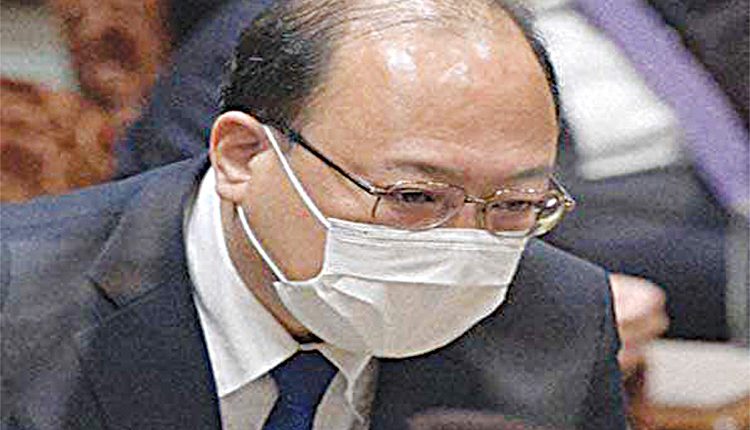 Tokyo, Mar 8 (Agency) Another high-ranking Japanese official has lost his position for being treated to expensive meals by businessmen, which violates Japan’s public servants ethics code, the country’s media reported on Monday. The story originally broke out last week when the bureaucrat in question is Yasuhiko Taniwaki, the former vice minister for policy coordination, was involved in preparing Prime Minister Yoshihide Suga’s plan to lower the country’s mobile service rates, which are among the highest in the world. According to the NHK broadcaster, Taniwaki has been transferred to the minister’s secretariat after winning and dining with the president of communications company NTT.

The Kyodo news agency reports that the official accepted almost $1000- worth of meals from September 2018 to July 2020. This is not the first time Taniwaki is tied to shady practices as the official, along with 10 others, was reprimanded by the ministry late last month receiving meals from executives of Tohokushinsha Film Corp., including the prime minister’s eldest son. This follows last week’s wine-and-dine scandal involving the director-general of the ministry’s global strategy bureau, Eiji Makiguchi, and cabinet spokesperson Makiko Yamada, both of whom were entertained by NTT.

IPL to begin on April 9