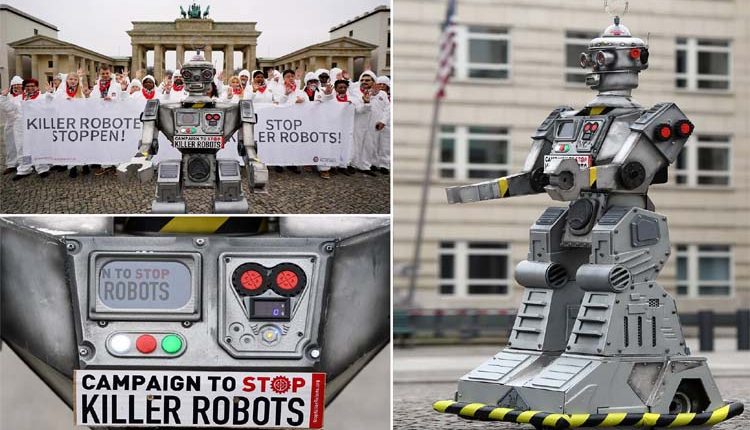 Moscow, Nov 25 (Bureau) – The European Union should form a core group of countries, which will work together by adopting a legally binding treaty to ban the development and use of so-called “killer robots” and keep control over the use of force in the battlefield, Jody Williams, who is a Nobel peace laureate, said on Tuesday at an online debate organized by the Friends of Europe think tank. “The EU should not put its energy, expertise and money into working on a principals’ guideline of how to issue killer robots. We should work to stop them… The EU should show a dramatic leadership by forming a core group of governments working together to insure that fully autonomous weapons never ever appear on the battlefield. The EU governments should negotiate a treaty to end killer robots,” Williams, who actively campaigned against killer robots worldwide, said.

She recalled international efforts to draft a treaty that could be based on the protocol of the Convention on Conventional Weapons (CCW), which took place on the international level several times, including in 2014 and 2016 but have yielded little in terms of multilateral outcome. She stressed that the reason for banning development and use of killer robots today was that some countries continued to create their own version of fully autonomous weapon systems. According to the campaigner, countries like China, Russia, South Korea, the United States and others were investing in the development of various autonomous weapons systems while tens of states were calling to ban them outright. “A machine is not a moral anything. So, allowing machines, in theory through algorithms, decide what they will target and what they will attack is immoral and unethical,” she said, inviting others to imagine the world where those resources would be used not for the needs of war but to save the planet, to save the humanity.

Lethal Autonomous Weapons Systems, which do not yet exist today, are projected for military use, and have the potential to act with full autonomy. The aims of these weapons systems are to limit manpower, decrease risks to soldiers, and increase the efficiency of threat response.