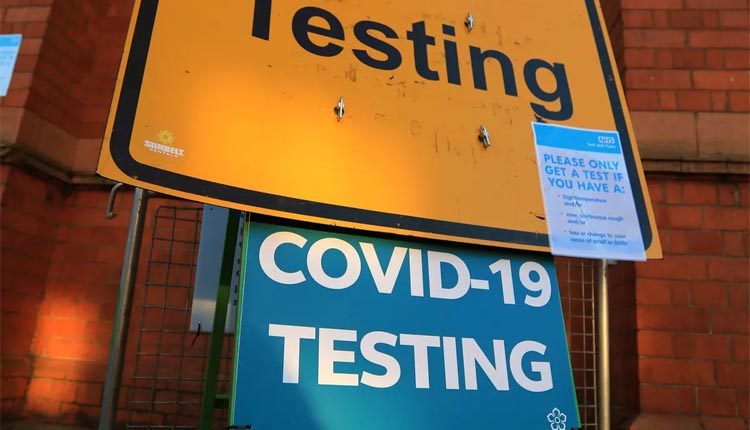 London, Nov 25 (Agency) The United Kingdom’s nearly $30 billion test-and-tracing system, which is tasked with breaking up chains of COVID-19 transmission, has failed to reach nearly 110,000 people who have been exposed to the virus, media reported Wednesday. According to official figures provided, The Guardian found that the system has had a success rate of 58 percent in England alone since September. This is despite the government’s own Scientific Advisory Group for Emergencies saying that a success rate of no less than 80 percent of exposed individuals must be contacted for the program to be effective.

In some of the hardest-hit parts of England such as Blackburn and Leicester, the program’s success rate in 11 weeks averaged at 50 percent, the newspaper reported citing official figures. “It has been clear for months now that the privately run parts of test and trace are failing badly and that the government have had ample time to fix or ditch the private providers,” Labour lawmaker Justin Madders was quoted by the newspaper as saying. Prime Minister Boris Johnson and Health Secretary Matt Hancock, both survivors of COVID-19, have come out to defend the program and pledge additional funds. With a price tag of $29.3 billion, the program’s cost is about one-fifth of the UK’s National Health Service, or equivalent to the budget of the Department of Transport’s entire annual budget, the Guardian reported. With the roll-out of a rapid testing system expected across the country, there are concerns that the system will become overwhelmed. The Department of Health and Social Care defended the system, saying that it had disrupted hundreds of thousands of chains of transmissions as exposed people were reached and told to self-isolate.