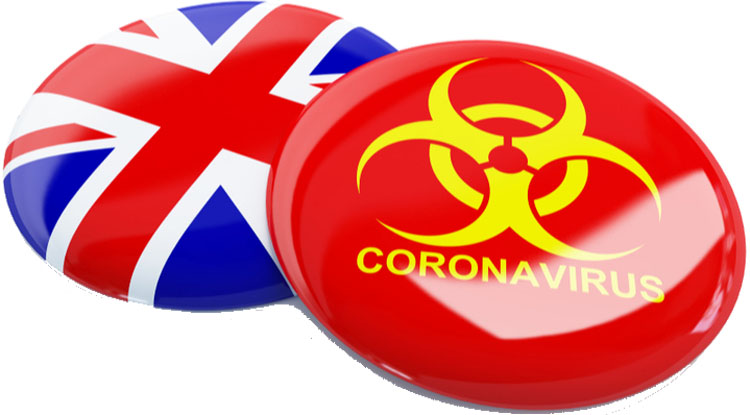 London, Feb 18 (FN Bureau) COVID-19 infection rates have fallen by more than two-thirds in England since the third national lockdown was imposed in January, although there are still more people in hospitals than during the peak last April, according to a study published on Thursday by the Imperial College London and the Ipsos Mori polling firm.

“There was strong evidence for a decline in prevalence averaged across the period 16 January to 22 January and 4 February to 13 February, with the most marked drop in regional prevalence evidenced in London,” the report said. Over 85,400 volunteers were tested from February 4-13, and just 1 in 196 tested positive for COVID-19. According to the study, the R number – the average number of secondary infections produced by a single infected person – stands now at 0.72 and the number of infections is halving every 14.6 days. “These encouraging results show that lockdown measures are effectively bringing infections down. It’s reassuring that the reduction in numbers of infections occurred in all ages and in most regions across the country,” Paul Elliot, director of the REACT-1 study at the Imperial College London, said. The expert warned, however, that people should continue to observe the current lockdown measures in order to keep infections down.

UK Health Secretary Matt Hancock welcomed the findings as a sign that infections “are now heading in the right direction,” but stressed that as COVID-19 cases and hospital admissions remain high, “we must not drop our guard.” The REACT-1 study comes as Prime Minister Boris Johnson is preparing to announce the government’s roadmap out of the lockdown this coming Monday. Johnson, who is facing pressure from fellow Conservative lawmakers for a full lifting of the restrictions by May, said on Wednesday that he would focus on scientific data, not dates, for easing the lockdown.