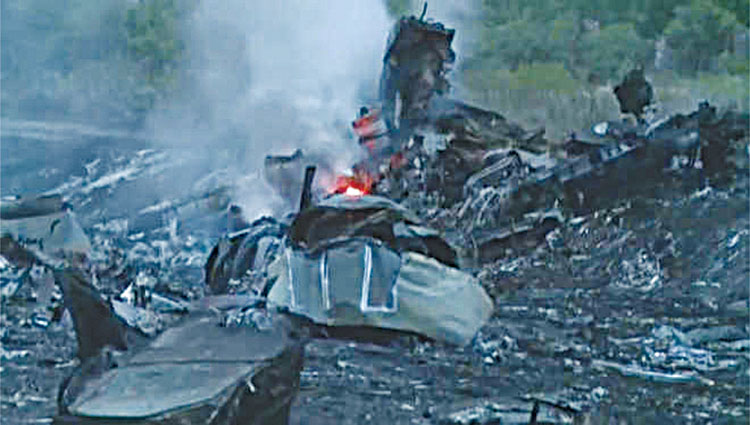 Paris, Jul 8 (Agency) A Dutch court has rejected a defense request to question a US expert on satellite imagery, which, according to the US side, captured the moment a missile was launched at the MH17 plane, presiding judge Hendrik Steenhuis said on Thursday. The defense team of Russian citizen Oleg Pulatov appealed to the court with a request to interrogate an American expert who co-authored a memorandum on satellite images, which allegedly recorded a missile launch on flight MH17.

“The court, answering the question of whether the interrogation of an American expert, who apparently works for the American authorities, can provide new information than what is already known in the case and taking into account the responses of the US authorities dated January 21 this year and April 22, which refer to a previously provided memorandum, the court considered that his interrogation would not help to obtain new information, therefore this request should be rejected,” Steenhuis said. The court also rejected the defense request for questioning Russian arms industry company Almaz-Antey experts in the MH17 case.