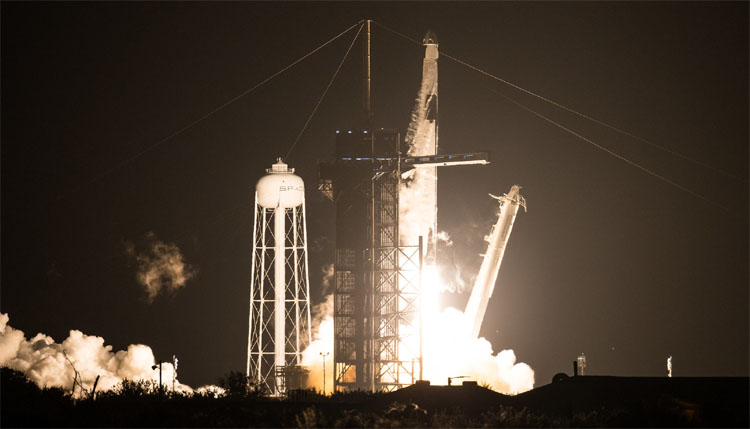 Washington, Nov 17 (Agency) Four astronauts aboard the United States’ Crew Dragon spaceship have stepped on board the International Space Station (ISS) for a six-month shift, with NASA live-streaming the transfer on Tuesday. “The crew members first opened the hatch between the space station and the pressurized mating adapter at 0102 am (0602 GMT) then opened the hatch to Crew Dragon,” NASA said in a press release. The Crew Dragon team included US astronauts Michael Hopkins, Victor Glover and Shannon Walker and Japanese astronaut Soichi Noguchi. They were met by the current ISS crew — Expedition 64 — comprised of Commander Sergey Ryzhikov and Flight Engineer Sergey Kud-Sverchkov, both Russian cosmonauts, and Flight Engineer Kate Rubins, who is a NASA astronaut.

The extended 7-member mission will serve for half a year. Crew Dragon, a NASA-contracted commercial spaceship developed by the SpaceX company, docked to the ISS at 0401 GMT. It was launched from the Kennedy Space Center in Florida on a Falcon 9 carrier rocket on Sunday, marking the US’ first operational commercial crew mission to the ISS. The Crew Dragon’s test mission with a two-member crew took place in May. For the past nine years before that, the US had relied on Russian carriers Soyuz to deliver its astronauts to the space station.