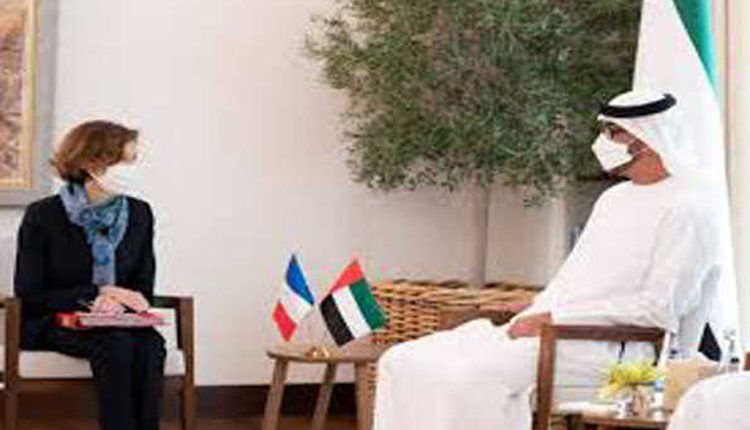 Moscow, Nov 17 (Agency) French Defense Minister Parly has met with Sheikh Mohamed bin Zayed Al Nahyan, the Crown Prince of the Emirate of Abu Dhabi and Deputy Supreme Commander of the UAE Armed Forces to discuss bilateral relations in military and defense affairs, the minister said on Tuesday. The meeting was held on Monday. “Trip to United Arab Emirates for bilateral discussions. Meeting with our soldiers based on the spot. Visit to Operation Agenor command post. I thank @MohamedBinZayed for his welcome,” Parly tweeted. Operation Agenor is a military part of the European-led Maritime Awareness Strait of Hormuz (EMASOH) designed to monitor maritime activity in the Arabian Persian Gulf and the Strait of Hormuz. The mission, implemented at the initiative of France, is based in the French naval base in Abu Dhabi. It includes French, Belgian, German, Danish, Greek, Dutch, Portuguese and Italians troops.