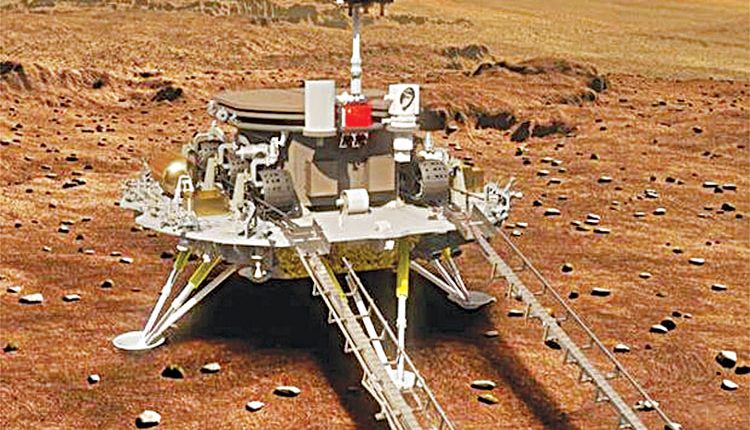 Beijing, Feb 24 (Agency) China’s Mars probe, Tianwen-1, on Wednesday completed its third braking and successfully entered Mars’ parking orbit, the China Aerospace Science and Technology Corporation (CASC) said. “On February 24, at 06:29 a.m. Beijing time [22:29 GMT on Tuesday], China’s first Mars probe, Tianwen-1 conducted its third braking and successfully entered the Mars parking orbit,” the statement said. According to the CASC, the probe will conduct scientific explorations in orbit for three months and is slated to conduct a landing between May-June. The distance traveled by the Chinese probe during the 215 days of its space flight to Mars has surpassed 212 million kilometers (131 million miles). The Chinese mission includes an orbiter and a rover, which will conduct exploratory works on the planet’s surface upon landing.

If everything goes as planned, the first findings will be reported back to Earth within 2021. Scientists are planning to study the atmosphere, relief, geological characteristics and features of the red planet’s magnetic field, which will help scientists get a clue about the origin and evolution of Mars, and the entire solar system. Tianwen-1 is China’s first independent mission to Mars and the world’s 46th since 1960. Earlier in the day, China successfully launched into orbit the third group of Earth remote-sensing satellites Yaogan-31.