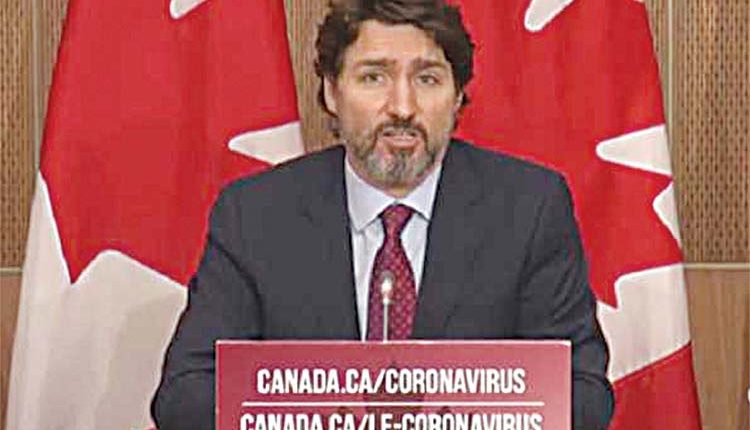 Ottawa, Dec 8 (FN Bureau) Canada’s Prime Minister Justin Trudeau has announced that Canat will receive up to 249,000 COVID-19 vaccine doses developed by Pfizer and BioNTech before the end of December. Speaking to press persons on Monday PM Trudeau said “Canada has secured an agreement with Pfizer to begin early delivery of doses of their vaccine candidate. We are now contracted to receive up to 249,000 of our initial doses of Pfizer [and] BioNTech’s vaccine in the month of December,”.

The vaccine delivery will ensure that up to 124,500 Canadians get vaccinated before the end of 2020, as the Pfizer vaccine candidate is a two-shot immunization, Trudeau elaborated. The vaccine will first be administered to high-risk groups in urban areas, said the prime minister, citing challenges associated with the handling of the Pfizer vaccine doses, which require -80-degree Celsius storage. Vaccine delivery is conditional on regulatory approval from Health Canada, although the prime minister said that emergency authorization is expected later this week.
During the press conference, Trudeau and other government officials assured the public that Health Canada follows a scrutinous approvals process in every instance, although sidestepped a question about potential liability in the event of adverse effects from the vaccine. The prime minister would only say that liability terms are reflected in each of the contracts the government inked with manufacturers but would not elaborate further.