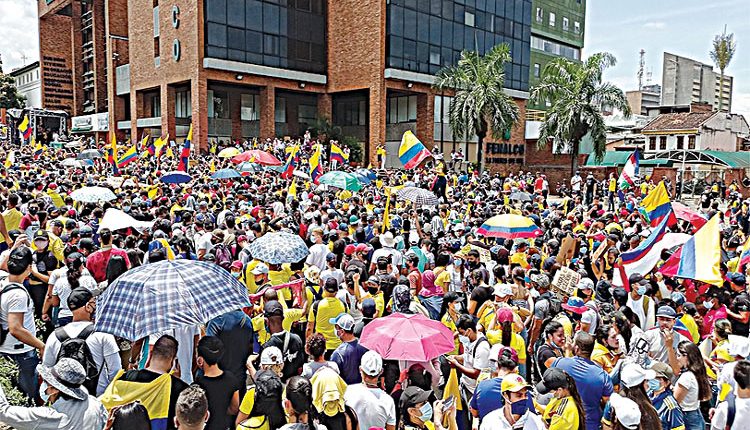 Bogota, May 21 (Bureau) The Supreme Court of Bogota has opened a case against the Colombian ministries of defense and internal affairs, as well as police and the city hall of Bogota in connection with their response to the ongoing nationwide protests. According to court documents, on May 19, two Colombian citizens filed a petition saying that the authorities had failed to protect citizens’ right to peaceful protests in accordance with a 2020 Supreme Court decision. The court found no grounds to turn down their application, as the fundamental rights of these two women were affected.

The court gave the authorities three days to present evidence in their defense. It is also going to refer the case to the parliament’s lower house to decide whether to open a similar case against President Ivan Duque. The nationwide demonstrations started in Colombia on April 28 in protest of a tax reform. Although the reform bill was later withdrawn, the protests continue. Labor and student organizations demand social and healthcare reforms, demilitarization of cities, and dissolution of Mobile Anti-Disturbance Squadron forces.

The fourth mobilization of thousands of protesters took place in the country on Wednesday, with new marches scheduled for the last week of May. Since April, according to the defense ministry, more than 1,900 people have been injured in clashes between security forces and protesters. The authorities have confirmed the deaths of 15 people, while human rights activists say more than 50 have been killed in the protests.

Number of unregistered COVID-19 fatalities by 2021 worldwide stands at 1.2mln: WHO