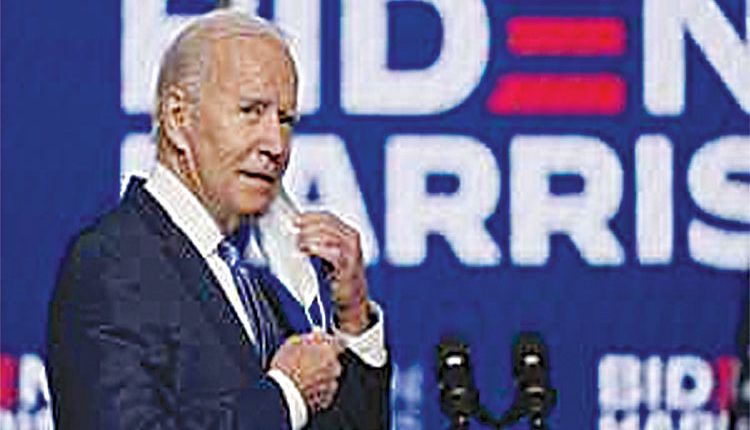 He said the relief passed in 2021 would include stimulus checks for needy Americans, who received $1,200 per person during an earlier round in relief in March and will be getting $600 from the latest initiative. “Yes it will,” Biden said in response to a question on whether forthcoming stimulus plans would continue with personal aid to help regular people most stressed by the pandemic. “I think you’re seeing that there is a clear understanding that these issues go beyond any ideology, that people are desperately hurting and the Republicans are hurting as badly as Democrats.”

More than 21 million Americans lost their jobs between March and April, at the height of lockdowns forced by the COVID-19. A rebound of 2.5 million jobs was logged in May and 4.8 million in June, before the recovery began slowing. For both September and October, less than 700,000 jobs were added each month. In November, there were just 245,000 additions. The US economy itself shrank by 5 percent in the first quarter and a record 31.4 percent in the subsequent three months before rebounding by 33.1 percent in the third quarter. Despite the economic rebound and the promise of vaccines, the coronavirus pandemic has raged anew in the United States in recent weeks, after a respite in the summer to early fall period. Infections have risen above 18 million since January, hospitalization has hit daily record highs of above 100,000 and the death toll has hit almost 320,000.