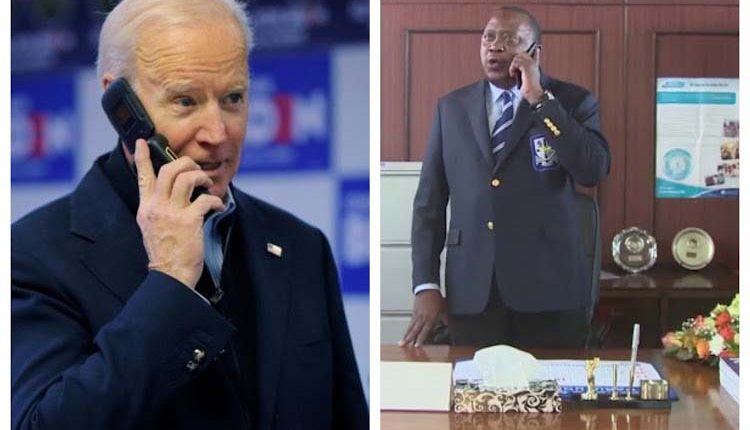 Moscow, Dec 1 (Agency) – Projected US President-elect Joe Biden has held phone calls with the leaders of Argentina, Costa Rica and Kenya, his transition team said. In Monday talks, Biden thanked the leaders for congratulations on his victory in the November 3 election. Though incumbent Donald Trump authorized the start of a formal transition to the Democrat’s team in late November, he continues to dispute the election outcome. Official results are yet to be announced, but all major outlets have called the race for the former vice-president.

In talks with Argentine President Alberto Fernandez, Biden “expressed his appreciation for the longstanding and deep friendship between the United States and Argentina.” “He pledged to work closely with Argentina to contain the COVID-19 pandemic and advance global health security, including through strengthening hemispheric institutions. He emphasized the need for even deeper hemispheric cooperation on advancing economic prosperity, combating climate change, strengthening democracy, and managing regional migration flows, among other shared challenges,” the press release read. Biden, a Catholic himself, also “acknowledged the significance of His Holiness Pope Francis to the people of Argentina and Latin America.” Speaking with President Carlos Alvarado Quesada, Biden highly assessed “Costa Rica’s leadership on human rights, regional migration, COVID-19, and the threat of climate change.” “He underscored his concern for the people of Central America as they seek to rebuild from recent hurricanes and the challenges associated with climate migration. The president-elect pledged to deepen the U.S.-Costa Rica partnership based on shared democratic values, while also advancing a shared vision for regional prosperity and more effective hemispheric institutions,” the transition team said.

In the call with Kenyan President Uhuru Kenyatta, the assumed president-elect noted “the strong and lasting ties” between the two countries. “He conveyed his interest in building on that partnership across a range of issues, including by tackling the threat of climate change, supporting refugees and their host communities, and addressing challenges of regional security and instability,” the press release read. The same day, Biden also spoke with United Nations chief Antonio Guterres.