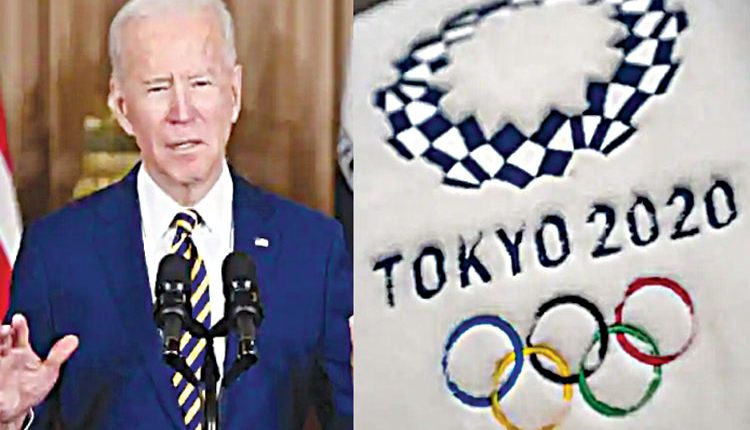 Tokyo, Feb 8 (Agency) Any decision about holding the 2020 Tokyo Olympic Games, postponed by a year due to the coronavirus pandemic, must be based on science, U.S. President Joe Biden told a radio show. The Games are set to start in under six months, and the Japanese government and International Olympic Committee (IOC) are vowing to hold them as planned, although under strict conditions that could include staging them without spectators.

Biden, speaking on a Westwood One Sports radio programme broadcast on Sunday during halftime of the Super Bowl, said he hoped the Games would take place, mainly for the sake of the athletes who have trained so hard for them. “I’ve spoken with the prime minister of Japan, he’s working very hard to be in a position to safely open the Games, to have the Games, and I think that has to be based on science, whether or not it is safe for that to occur,” Biden said. Biden, who took office in January, said he hated to think of the athletes not being able to compete. “Imagine all those Olympians who work for four years, four years for one shot and all of a sudden that opportunity gets lost,” he said.

“They are the people that I feel such pain for – but we have to do it based on the science,” he added. “We are a science-driven administration, I think the rest of the world’s there too. I hope we can play, I hope it’s possible, but it remains to be seen.” The Olympics are set to open on July 23 and run until Aug. 8.